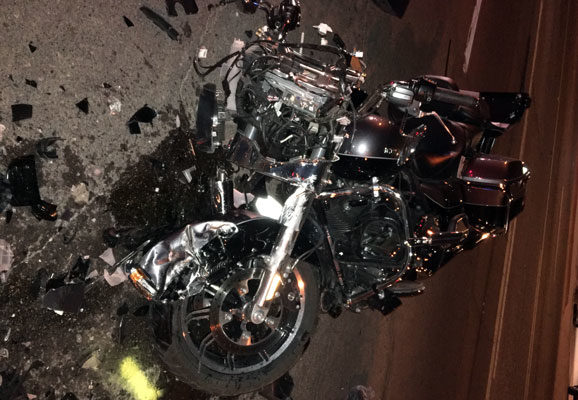 Alcohol may have been a factor in crash

SAFFORD – Anthony Ray Vasquez, 48, was flown to Banner-University Medical Center Tucson on Thursday, Nov. 15, after he was in a severe collision on his motorcycle with a semi-truck.

Officers were dispatched at about 7:20 p.m. to the area of U.S. Highway 70 and Hollywood Road regarding the crash. Upon arrival, an officer located Vasquez lying in the road about 10 feet from the motorcycle. The officer could see Vasquez was severely injured.

Paramedics from Lifeline Ambulance arrived at the scene, treated Vasquez and then transported him to Mt. Graham Regional Medical Center.

During her interaction with Vasquez, the officer noted she could smell an alcoholic beverage coming from him. While at the hospital, the officer obtained a blood sample from Emergency Room staff prior to Vasquez being given the powerful sedative fentanyl for his pain.

Vasquez was then flown to UMC at about 9:03 p.m., reportedly in critical condition. The Gila Herald is awaiting an update on his status.