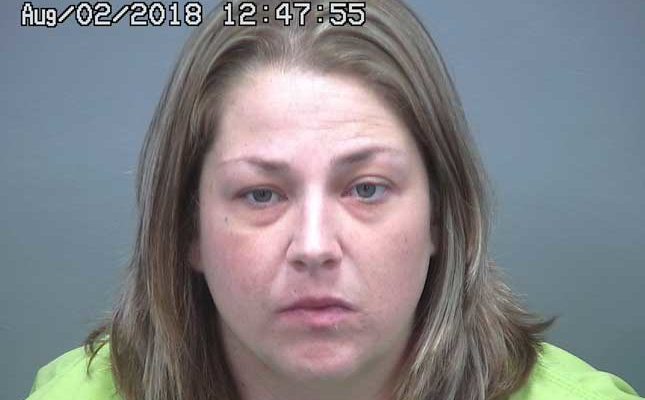 Contributed Photo/Courtesy GCSO: Ashley Gentile was arrested on a warrant after being wanted for her role in a juvenile girl fight.

SAFFORD – Ashley Marie Gentile, 32, was arrested at a local hotel Thursday on a warrant.

Gentile, who is on probation, was wanted regarding her participation in aiding a fight between two juvenile girls. (Gila Herald article Girls getting wild in Safford.) According to a previous police report, Gentile had driven a juvenile girl to the fight and was captured on video encouraging her in the mutual combat.

On Thursday, an officer responded shortly before 9 a.m. to the Safford Inn at 520 E. U.S. Highway at the behest of the Graham County Probation Department to assist with the arrest.

Upon arrival, probation officers informed that they had located drug paraphernalia when they conducted a search of the room. The Safford officer observed an aluminum foil pipe with burnt residue consistent with marijuana on an entertainment center and two syringes and a small piece of cotton with brown residue consistent with heroin located in the bathroom.

Gentile allegedly said none of the items were hers but admitted to smoking weed with her boyfriend out of the aluminum foil pipe. The boyfriend denied ownership or use of the pipe.

Gentile was then transported to the Graham County Adult Detention Facility and booked on her warrant. The officer’s report was sent to the Safford City Attorney for review of possible charges.