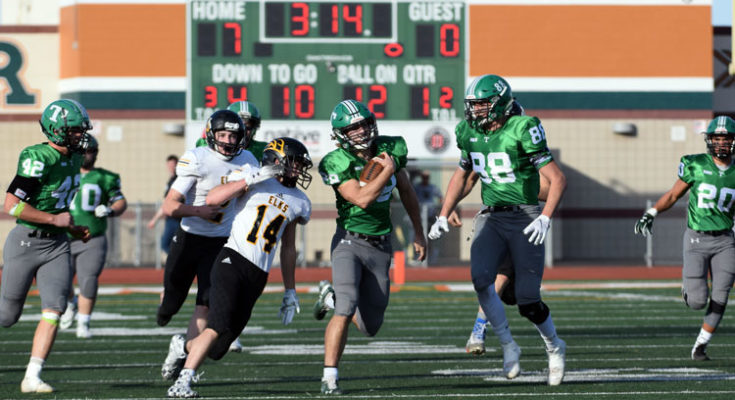 Raymundo Frasquillo File Photo/Gila Herald: Riley Morris, shown here returning a blocked punt in the 2A State Championship game, was named the 2A All-State Player of the Year by the AZSportsnetwork.

PHOENIX – Riley Morris suffered a severe ankle dislocation during the first quarter of Thatcher’s three-peat 2A State Championship win over Round Valley, but he returned from the hospital in time to hoist the championship trophy. It seems he has a knack for that.

Morris did it all for the Eagles, as one of their main threat running backs, heavy-hitting linebacker, and a dangerous returner and stopper on special teams.

Turley was also very effective on offense, but he was outright feared on defense as he hit as hard as anyone in the game.

Congratulations to all the players.