Morenci Superintendent Dr. David Woodall announced June 29 the scheduled first day of school would be July 29, unless otherwise changed by the ongoing global health crisis. Later on the same day, the state governor issued another stay at home order, with school’s ‘in-class learning’ not starting until Aug. 17. The Arizona Interscholastic Association said a delay of sports is in effect as well.

“The A.I.A. will delay the resumption of all fall sports and activities, and delay the start of competition seasons,” announced Sports Information Coordinator Seth Polansky. “The governor’s executive action means members will continue to operate under summer rules as per A.I.A. Bylaws and Sports Policies until schools are reopened.”

“It’s our intention that everything that we can do to have the opportunity to participate, we’re gonna be able to do that, with the understanding the governor sets the priorities of what we can and can’t do, ” said A.I.A. Executive Director David Hines. “As long as school is in session and you can go in person, we can put together different modifications that we think we can be able to have a sport and compete.

If there is no school, that takes us right out of the mix. We’re just gonna have to be patient, we’re just gonna have to be flexible because this thing changes so much that we’re going to have to make decisions as we go. They’re gonna change. That’s just the reality of what we’re dealing with. Things are gonna change. We’re gonna try to adapt quickly and try to continue to move on.”

Morenci offered its students participation in boys/girls cross country, football, spirit line, boys/girls swimming, and volleyball during the fall last year. The Wildcats could take part in varsity boys/girls basketball and wrestling during the winter as well as baseball, softball, boys/girls tennis, and boys/girls track and field during the spring.

Through the five weeks, five 40-minute morning sessions, beginning at 8 a.m. with freshmen and following at 8:45 with sophomores, 9:30 with juniors, 10:15 with seniors, and 11 with junior high members, were held.

Over 60 student-athletes, several of them multi-sport participants, worked out in the temperature-controlled weight room Mondays through Thursdays, distanced apart at several stations, and en mass distanced apart outdoors in Lawson Stadium on Fridays. A variety of exercises, along with agility drills, were done each day targeting different muscles.

There is a limit to what can be done. There is currently no 7-on-7 football passing sessions or open gym for different sports.

“If we could do more, we’d be doing it,” said district high school teacher Joseph Garcia.

Casey Woodall, Matthew Castillo, and Travis Torres are the other adults assisting students with the workouts.

The tentative high school football opener was listed as Aug. 21 with Miami and the volleyball opener Sept. 1 with New Mexico Silver High. Thus far, the Cross country schedule lists only the home meet in early October.

Morenci is in the San Pedro Region for football and East Region for volleyball with Benson, Bisbee, Pima, Tombstone, and Willcox.

In football, the Wildcats ended 4-7 last season in Glendale with a 28-35 state playoff first round loss to Trivium Prep. Morenci is above .500 versus nine of their 2020 opponents since 1946.

The next three volleyball matches are also in Wildcat Memorial Gymnasium, with Kearny Ray (Sept. 3), with San Carlos (Sept. 8), and with Miami (Sept. 10), along with the 19th Morenci Invitational (Sept. 12).

The boys swim team competed in the Division III state meet, two placing in four events and two not finishing high enough to qualify for the finals. The four students are members of the Classes of 2021, 2022, and 2023.

In girls cross country, a member of the Class of 2021 finished as the Division III – Section II champion, coming in first of 70, seventh of 160 at the state meet, and 43rd of 195 at the Nike Southwest Regional meet. 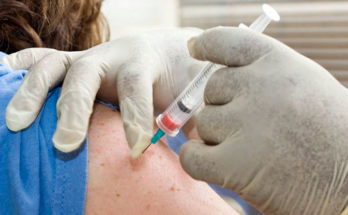