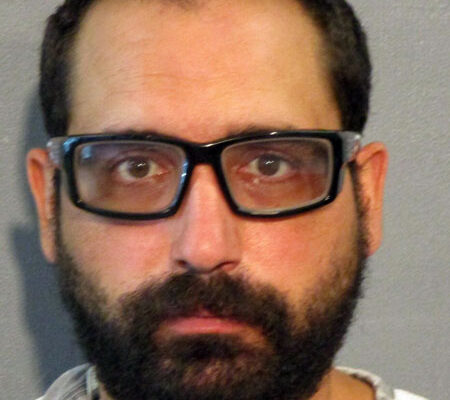 Greenlee County Sheriff’s Office Photo: Jason Downing, 32, was sentenced Monday to a maximum term of 24 years in prison for molestation of a child under the age of 15.

Greenlee County Superior Court Judge Monica L. Stauffer sentenced Downing to the maximum term of 24 years on the charge of molestation of a child under the age of 15 – a Class-2 felony and dangerous crime against children in the first degree. Downing’s charge carried a possible minimum sentence of 10 years and a presumptive sentence of 17 years. He must serve every day of his 24-year sentence and is not eligible for early release.

In Downing’s second case, lifetime sexual offender probation was guaranteed according to the plea agreement and he will serve that upon his release from prison on the amended charge of attempted molestation of a child under the age of 15 – a Class-3 felony and dangerous crime against children in the first degree.

Downing accepted his plea agreement on Oct. 19. The plea dropped a charge of sexual conduct with a minor in one case and amended molestation of a child charge to attempted molestation and dropped a sexual abuse charge in the other. He was represented by attorney Daisy Flores in both cases, and Greenlee County Chief Deputy County Attorney Robert Gilliland prosecuted for the state.

The complaint was issued July 16 and Downing was bound over to Greenlee Superior Court on July 22. On Tuesday, Aug. 17, Downing was arraigned in superior court on both cases.

Clifton Police were first notified of the possible child molestation by the victim’s mother on June 30.

The first victim (who is under the age of 12) was able to describe the abuse to the investigators. Afterward, a second child victim came forward and said Downing had done the same type of abuse to her as well.

Additionally, detectives listened in on a phone call made to Downing in which he was asked, “what he did and why?” and Downing allegedly responded, “put my hands down her pants . . . I have no idea, cause I’m (expletive deleted) sick.” Downing can also be heard admitting to molesting the second victim on the phone call as well, according to a Clifton Police report.

Downing, who is a retired Marine, checked himself into the Tucson Veterans Affairs Hospital in Tucson that night. The following day, July 1, Greenlee County Justice of the Peace Judge Grace Nabor issued a warrant for Downing’s arrest. On July 2, Clifton Police Chief Omar Negrete and Greenlee County Attorney’s Office Investigator Eric Ellison went to the VA in Tucson, and Downing was taken into custody and booked into the Pima County Adult Corrections Facility. He was later transferred back to Greenlee County to stand trial.