MORENCI – April 16 was to be the first day of the 42nd Morenci Lions Baseball Tourney. Eight teams, 1A Heber Mogollon, 2A Miami, Pima, Saint Johns, Thatcher, and Willcox, 3A Safford, and Oklahoma’s Konawa were scheduled to join the host Wildcats. It would have been the 19th tourney with an out-of-state entrant and third with nine teams.

Of the original three teams playing in 1979, only Morenci had attended all 41 consecutive tourneys. Thatcher was unable to attend the first one, but participated in the ensuing 40; Willcox attended 35; Pima 34; Mogollon and Saint Johns 19; Miami 14; Safford four; and Konawa one.

Each of the Grand Canyon State entrants was involved in the 2019 post-season, two were eliminated in the play-in round, three during the Round of 16, one in the quarterfinals and two reached the championship game, with one ending as a state champion and the other as the runner-up.

Instead, their “Field of Dreams” has gone unused for a month and will remain unused through the rest of the school term. The state governor called off “in-class learning” and A.I.A. sponsored activities followed suit on March 30. A global health crisis is the reason for the canceled 2020 season.

Morenci’s baseball facility, Francis Waldorf Stadium, erected in the early 1980s and dedicated in 2005, has hosted the majority of the baseball tourneys. Less than a handful of meets were held “on the Hill.”

Morenci eliminated No. 23 Pima 11-1 as No. 10 in a play-in game before taking on the top three ranked teams in the 2019 state tourney Round of 16. The Wildcats topped No. 7 Benson 4-2 in the first round plus edging No. 2 Phoenix Christian 3-2 in the quarterfinals and No. 3 Bisbee 3-2 in the semifinals, before succumbing 2-3 to top-ranked Scottsdale Christian in the championship game.

“I can tell you that our senior boys aren’t dealing with the news very well,” Morenci head coach Chris Aguallo said. “My heart goes out to the returning seniors (Brandon Blair, Tayshaun Blackman, Omar Ortega, and Zachary Waltrip) as they believed this was the year for Morenci baseball.”

But, as recently recovered positive-tested entertainer Tom Hanks once said, “There is no crying in baseball.”

Thatcher blanked No. 13 Tucson Saint Augustine Catholic 10-0 as No. 4 in the first round before falling 4-7 to No. 5 Camp Verde in the 2019 quarterfinals.

“Our team was looking forward to the Lions Tournament,” head coach Robert Abalos said. “It’s a well-run tournament with a ton of support from the Morenci community.

“It was a time of year to get some games in and give players an opportunity to play before heading into the state tournament,” he added. “It also gave some of our arms a rest if needed.”

“It’s unfortunate that the season was cut short as we had a solid team and liked our chances at a state championship run,” Abalos said. “I would like to take the opportunity to thank the 2020 baseball team and coaches.” 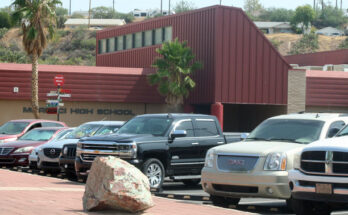 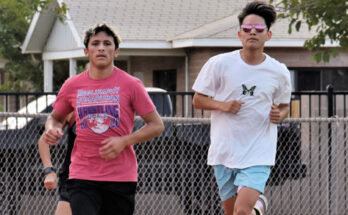