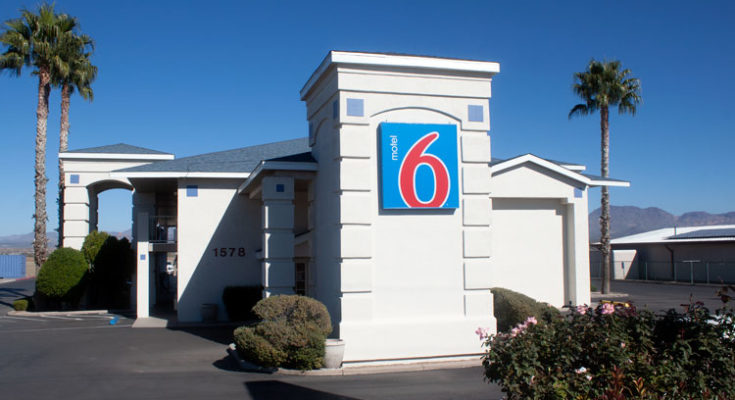 Jon Johnson Photo/Gila Herald: A mysterious death of a construction worker at the Motel 6 was investigated by police but no signs of foul play were found.

SAFFORD – Authorities investigated an unattended death Friday morning at the Motel 6 at 1578 W. Thatcher Blvd. but found no suspicious injuries or foul play. The cause of death was undetermined as of the release of the investigators’ reports.

NGU Construction worker, Cody Haas, 30, was declared deceased by a local medical examiner at about 9:20 a.m., according to a Safford Police report. The company is contracted to do construction work for Freeport McMoRan Safford Operations.

According to investigators, Haas had a foamy type of substance around his mouth and blood from his nose had ran toward the back of his head but it did not appear that he had been assaulted.

Video surveillance from the motel showed Haas exiting his room the night before multiple times to smoke cigarettes, with the last time being around 7:30 p.m.

The co-worker said he had brought Haas dinner at about 7 p.m. the previous night and Haas appeared to be intoxicated. Investigators located a dirty food plate and three empty 24-ounce cans of Four Loko and an empty Uncle Mike’s container as well. The Four Loko and Uncle Mike’s are alcoholic beverages. However, no drugs or drug paraphernalia were located.

A second co-worker advised he knew Haas was drinking the previous night and that he was upset because he was arguing with his girlfriend. The second co-worker said the last time he spoke with Haas was at about 10 p.m.

Haas’ personal items were retrieved from the room and work truck to be given to family members. McDougal’s Caldwell Funeral Chapel & Gila Valley Crematory arrived and removed the body.