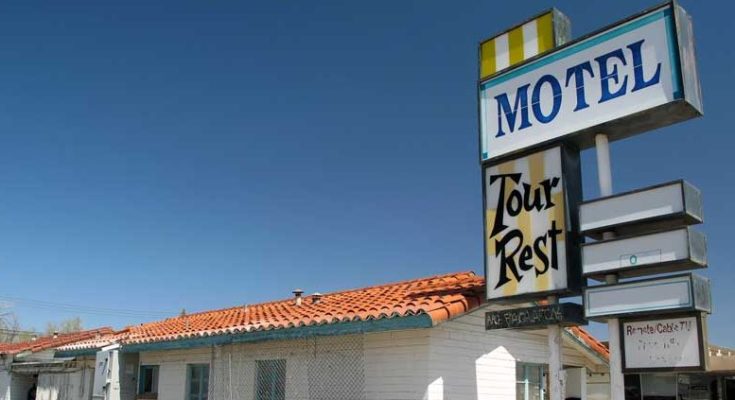 Officers located more than an ounce of meth, scales, and other drug paraphernalia in a motel room rented by a local resident. The resident was arrested for dealing meth.

SAFFORD – An alleged methamphetamine dealer was caught with more than an ounce of the drug after a Safford officer’s interest was peaked when he noticed two locals – a man and a woman who have been previously involved in the drug trade – enter a motel room.

Jamie Michelle Urrea, 38, of Safford, was arrested and booked into the Graham County Adult Detention Facility on May 2 on charges of possession of a dangerous drug for sale, possession of drug paraphernalia, and use of electronic communication device in a drug-related transaction.

According to a Safford Police report, an officer noticed two locals who have been involved in drug transactions in the past in a vehicle in the parking lot of the Tour Rest Motel at 110 W. 5th St. at about 8:52 p.m. The officer said after the couple saw his marked police car they hurriedly exited the vehicle, threw something into the car and quickly went to a room at the motel.

Upon inspection of the car, the officer noticed the pair had left the vehicle’s keys on the seat along with a purse in an unlocked vehicle. The officer believed the activity to be suspicious, so he called for backup and watched over the room from a location where he couldn’t be seen.

After a while, at about 9 p.m., four subjects exited the room, including the pair the officer had seen earlier. Upon confrontation, the pair said the vehicle belonged to a “friend” of theirs. There was another man and woman who exited the motel room, and one of them, identified as Urrea, said she was the renter of the room. Urrea also positively identified the registered owner of the vehicle, who was not present.

At that time, the officer informed the subjects they were not under arrest and could leave at any time. The pair who were first seen in the car then retrieved the purse and keys, locked the vehicle and left.

Urrea, however, allowed officers to enter her motel room, where they saw a “copious amount of litter on the floor that turned out to be torn plastic bag packages, some with the tops burned and sealed.” The sight immediately raised a red flag for the officers, who have seen numerous drug transactions being made in such a fashion. Officers also noticed an open bag of tin foil and butane torches, both of which are commonly found with drug use.

There weren’t any drugs in plain sight, however, the officer noticed a safe in the room and asked Urrea about it.

Urrea first claimed the safe was hers and nothing was in it, according to the report, and then said she wasn’t responsible for whatever was in the safe and that it belonged to a friend of hers. When the officer picked up the safe, he could hear the sound of glass clinking. Urrea then said a marijuana bong and some weed was in the safe but she didn’t have the key.

After going around and around with the officer about the safe, Urrea allegedly finally told the officer to just open it and he retrieved a pry bar and forcibly opened the safe. Inside, the officer located two digital scales and two baggies of meth, containing a total amount of roughly 35 grams.

The man who was with Urrea denied any knowledge of the drugs and was allowed to leave the scene. Urrea was then arrested and booked into the jail on her drug charges.

The car was towed to the Safford City Yard, and the owner was eventually able to be contacted. He said he had loaned his vehicle to a friend and that a repossession company was going to take it any day so he didn’t care if it was towed and stored in the city’s lot.