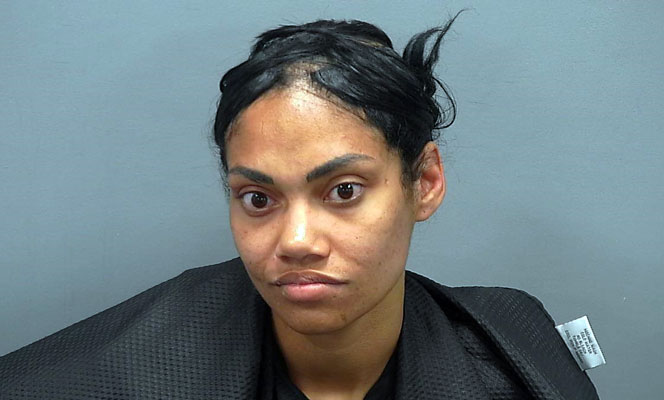 Contributed Photo/Courtesy GCSO: Jasmine Ford, 27, was arrested and booked into the jail on charges of unlawful use of means of transportation, endangerment/domestic violence, criminal damage, and possession of drug paraphernalia.

GRAHAM COUNTY – A woman hallucinating while possibly under the influence of methamphetamine was jailed after she stole her relative’s car and collided with three of her neighbor’s vehicles.

Jasmine Ford, 27, was arrested and booked into the Graham County Adult Detention Facility on Sunday, March 22, on charges of unlawful use of means of transportation, endangerment/domestic violence, criminal damage, and possession of drug paraphernalia.

According to a Graham County Sheriff’s Office report, a deputy was dispatched at about 6:40 p.m. to an address on Horseshoe Lane regarding Ford being disruptive.

Upon arrival, the deputy witnessed Ford start up her relative’s car with Ford’s young son in tow and rev the engine. Ford then put the car in reverse and got out of the driver’s seat and into the back seat and locked the doors.

The car rolled backward and struck a neighbor’s work truck. With the child and Ford screaming, the deputy attempted to break the front, driver’s side window without success and told Ford to unlock the door. However, the car continued backward and struck two more of the neighbor’s vehicles. Ford then unlocked the doors and the deputy entered the front seat and stopped the car and shut off the engine. Prior to speaking with Ford, he escorted the young boy out of the vehicle and into his relative’s home.

When questioned, Ford said she was agitated and believed her relative had stolen money she was going to use to get her driver’s license and car back. She said she later found money in her relative’s car and believed she had taken her own missing money. Ford also allegedly admitted to recent methamphetamine use and a syringe she said she had used to inject the drug was taken off her person.

Ford allegedly said that she got in the car and fled because she believed her relative hired a hitman and law enforcement officers to kill her.

The relative said she interrogated Ford regarding her missing car keys a couple of days prior but that Ford denied taking them. She also advised that she didn’t take any money from Ford and that Ford didn’t have permission to take her car.

Ford was then arrested and booked into the jail on her aforementioned charges. 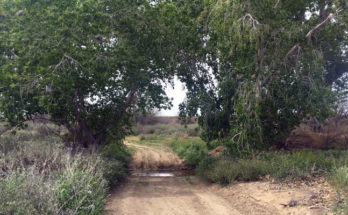