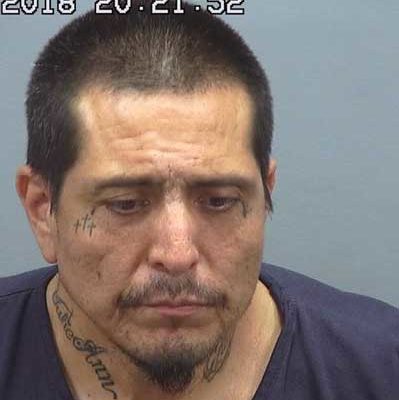 Contributed Photo/Courtesy GCSO: Marcos Moreno had been on the lam for seven months with three felony warrants before being taken into custody Wednesday, June 13.

SAFFORD – A man with three felony warrants regarding possession of a narcotic drug and drug paraphernalia was caught after avoiding apprehension for roughly seven months.

On Wednesday, June 13, a two-man unit of the Safford Police Department worked on a tip and located Marcos Moreno, 50, at a residence in Thatcher off Frye Creek Road.

Moreno, who has run from police in the past, was captured on the residence’s porch and was found to have a used syringe and a small metal cup with brown residue believed to be from heroin. The residue later field tested positive for the drug.

The occupant of the residence, Glenn Agee, 34, was also taken into custody and a used syringe was located in his pocket. Agee allegedly said he couldn’t remember if he used the syringe for meth or heroin.