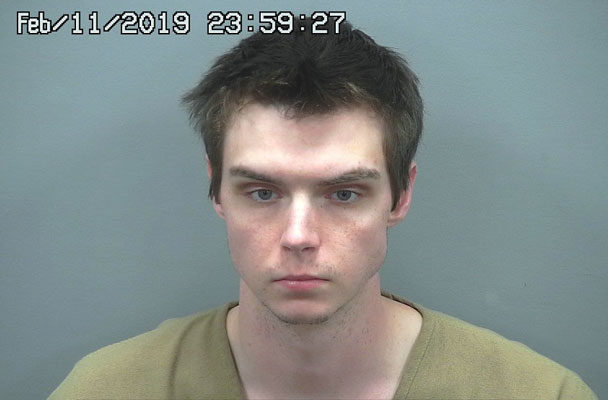 Contributed Photo/Courtesy GCSO: Steven Watson pleaded guilty to negligent homicide and could receive either probation or up to 3.75 years in prison.

Sentence to be at the discretion of the court

GRAHAM COUNTY – Steven Russell Watson, 21, of Thatcher, shot and killed Parker Ray Lynch, 25, also of Thatcher, testing out a ballistic vest in February and he may not have to spend a day in prison for it.

On Tuesday, Watson had a settlement conference and pleaded guilty to a single charge of negligent homicide – a Class-4 felony – in exchange for dropping charges of manslaughter, endangerment, and two counts of aggravated assault. If sentenced to prison, Watson will serve less than four years.

According to Arizona Revised Statute 13-1102, a person commits negligent homicide if the person’s criminal negligence causes the death of another person.

That appears to sum up this case, in which Lynch willingly put on his own ballistic vest and asked Watson to shoot him while wearing it. The single, .223 rifle shot penetrated the vest’s armored plate and struck Lynch in his lower abdomen, killing him.

The incident took place in the desert area by the Gila River just north of the Reay Lane Bridge on Feb. 11. Others were with the two men at the scene and attempted to stop the bleeding by applying pressure, but Lynch was later declared deceased during surgery at Mt. Graham Regional Medical Center.

Watson is scheduled to be sentenced in October and could receive probation if the court chooses to do so. If sentenced to prison, the sentencing range for negligent homicide, in this case, is 1 – 3.75 years.