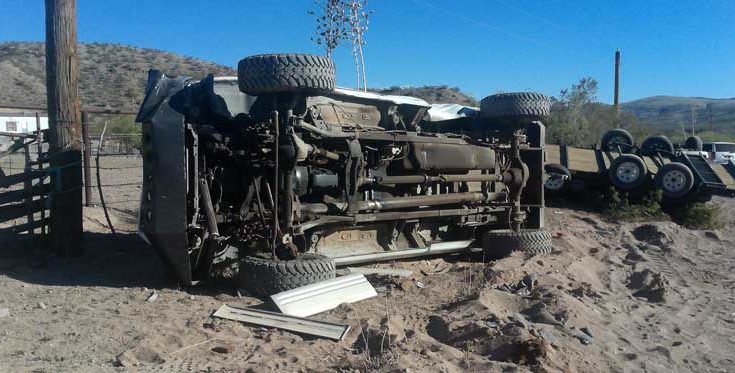 Contributed Photo/Courtesy Greenlee County Sheriff’s Office: This vehicle was allegedly upended by an intoxicated man on a front-end loader tractor during a domestic argument Wednesday.

YORK VALLEY – Heavy equipment machines make work projects easier to complete, but they can also be used for nefarious purposes.

A disgruntled and intoxicated man allegedly used a front-end loader tractor to upend three vehicles and remove them from his property during a domestic dispute Wednesday.

According to a release from the Greenlee County Sheriff’s Office, Michael Hernandez, 48, used the heavy equipment to roll the vehicles, which included an SUV, truck, and trailer, off his property. The vehicles belong to a woman, but the nature of her relationship to Hernandez was not disclosed.

Hernandez was subsequently arrested and booked into the Greenlee County Jail on a single charge of criminal damage/domestic violence.