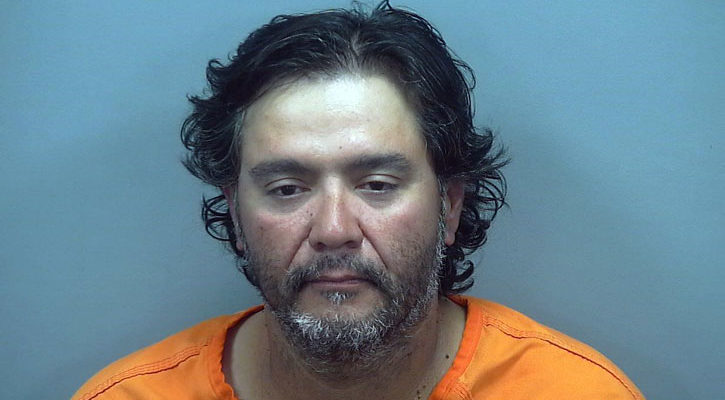 Contributed Photo/Courtesy GCSO: Albert Gonzales was booked into the jail on drug and domestic violence charges.

SAFFORD – Albert Castro Gonzales, 46, was arrested and booked into the Graham County Adult Detention Facility on Oct. 30 on charges of possession of a dangerous drug, possession of drug paraphernalia, and disorderly conduct/domestic violence.

Gonzales was apprehended after banging on the doors and windows of the residence of his estranged wife. A police officer was dispatched to the residence in the 900 block of 13th Avenue at about 11:46 p.m. and located Gonzales in the backyard.

The victim, who described herself as Gonzales’ soon-to-be-ex-wife, said she had recently moved into the residence and that night had just got home from work and was awakened by Gonzales repeatedly banging on the door, ringing the doorbell and knocking on the windows.

Gonzales, who had already had the police called on him a couple days prior at the same residence for disorderly conduct, said he was trying to catch his wife with her new boyfriend.

As he was being taken into custody, an officer located a meth pipe in Gonzales’ pants pocket during a pat-down search. Gonzales denied the pipe was his but when asked if he had any meth on him said he didn’t and that he planned to scrape the residue off the pipe to use.

However, the officer did locate a plastic baggie in another pocket with a small amount of meth. When the officer removed the baggie Gonzales reportedly said, “Oh (expletive deleted).”

Gonzales was then booked into the jail on the above-listed charges.