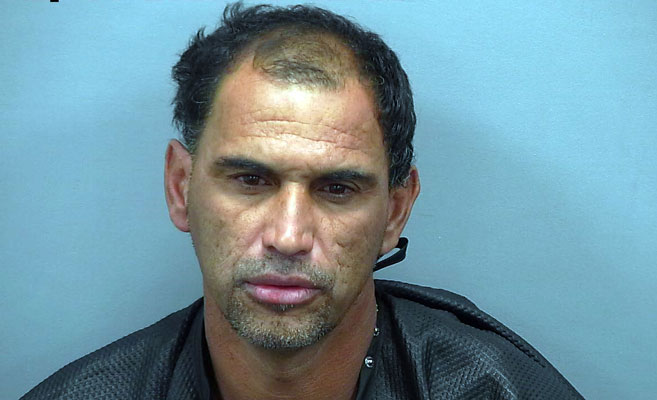 Contributed Photo/Courtesy GCSO: Arnold Sanchez was booked into jail on charges of DUI and leaving the scene of an accident.

SOLOMON – A two-vehicle non-injury collision in Solomon on Monday resulted in a DUI charge for one of the drivers.

Arnold Sanchez, Jr., 45, was arrested and booked into the Graham County Adult Detention Facility on charges of DUI and leaving the scene of an accident.

According to DPS Public Information Officer Bart Graves, Sanchez was driving a Dodge Ram on U.S. Highway 70 at about 4:46 p.m. when he collided with another truck at the intersection of Bowie Avenue.

Sanchez fled from the scene on foot, but was later found hiding in a maroon van outside of an abandoned burned down residence. After taking his blood for testing purposes, Sanchez was booked into the jail by a DPS trooper.