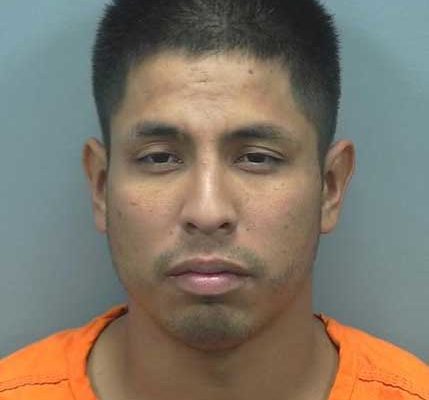 Contributed Photo/Courtesy GCSO: Joshua Merino was booked into the jail for burglary after allegedly stealing a bicycle from a garage.

SAFFORD – Joshua Lee Merino, 26, of Safford, was arrested and booked into the Graham County Adult Detention Facility on Monday, April 16, for second-degree burglary after a home surveillance system caught him on camera stealing a bicycle.

According to a Safford Police report, officers were dispatched at about 7:07 p.m. to a residence on W. 16th Street after the homeowner called 911 about the crime. The resident said she was standing outside of her home when she saw a male subject, later identified as Merino, enter her garage and then ride away on one of the family’s bicycles. The bike was described as a gray, 10-speed mountain bike with the word “Next” in blue letters on the frame.

The woman informed the officer that she has a home surveillance system and the perpetrator was caught on camera. When the officer viewed the footage, he recognized the suspect as Merino.

Later that night while on patrol, the officer located Merino walking near the intersection of U.S. Highway 70 and 1st Avenue. Merino initially denied taking the bike until the officer showed him a copy of the video of him stealing it. Merino then allegedly admitted to the crime and said he did so because he recently became homeless and had been walking for several days. He said he saw the bike in the garage and thought it would be a better way of getting around then just walking.

Another officer located the missing bicycle and returned it to the owners. Merino was then arrested and booked into the jail.