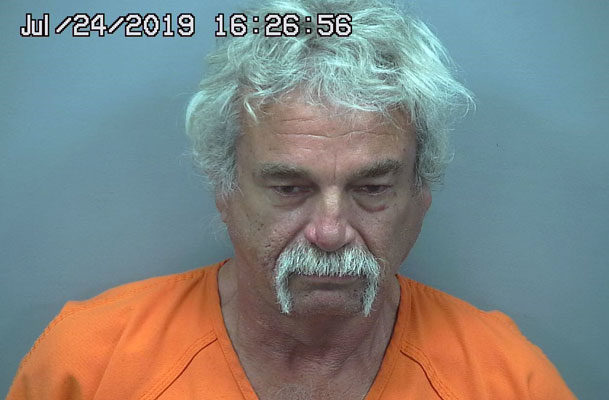 Contributed Photo/Courtesy GCSO: Elvis Lee Gates III was booked into the jail on charges of disorderly conduct and resisting arrest.

SAFFORD – Elvis has left the building . . . and gone to jail.

The Sunshine apartments are subsidized for elderly (62 or older) and handicapped/disabled renters with rent based on income. Units range from studio to two-bedroom.

Authorities were dispatched at about 10:44 a.m. to the apartments after Gates allegedly showed up at the event despite a member working the event’s wife having an order of protection against him. The worker said Gates was informed by the apartment manager that he could not be there while the person with the order of protection against him was there and to come back later. However, Gates allegedly began causing a disturbance, including yelling and pointing at the parties.

When the officer attempted to take Gates into custody, the suspect allegedly began yelling obscenities at the officer and a backup officer and resisted arrest. The report stated that Gates refused to cooperate and had to be carried to a patrol vehicle.

Gates was then transported to the jail and booked without further incident.