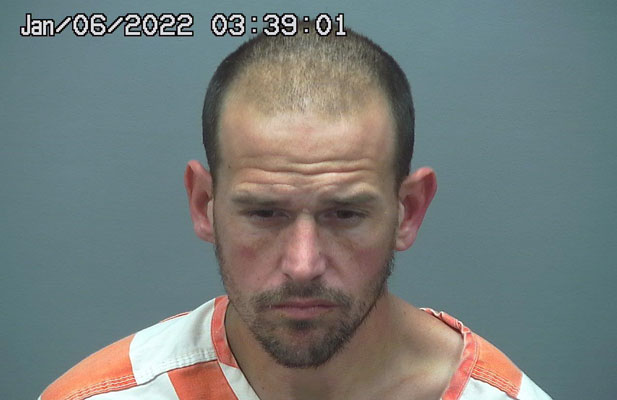 GRAHAM COUNTY – A Safford man was arrested and booked into the Graham County Adult Detention Facility on Wednesday, Jan. 5, after allegedly swinging a knife at a 3-year-old’s babysitter with the child present.

The charge revolves around an odd incident that occurred at a residence off West 47th Street and involves three separate generations.

According to Graham County Sheriff’s Office reports, deputies were dispatched at about 11 p.m. to the residence regarding a report of men fighting.

Upon arrival, the child’s babysitter advised he was invited to the child’s grandmother’s home to help babysit while the child’s mother was at work.

The victim said Isaacs got in between himself and the child and wouldn’t allow the victim to get her out of harm’s way.

The mother was called and she corroborated the victim’s assertion that he was there to babysit. The homeowner (grandmother) was also present and said the same thing. After learning of the incident, the mother had Isaacs trespassed from the property, which means he will not be allowed to return and could be arrested for doing so.

The deputies reported Isaacs didn’t make a lot of sense during questioning but allegedly admitted to threatening the victim with a knife in an effort to get him to leave the residence. He was then transported and booked into jail.

The complaint was filed on Jan. 10 and a new warrant was issued with Isaacs’ bond set at $2,500. He had his initial appearance Tuesday, with Daisy Flores assigned to be his public defender.