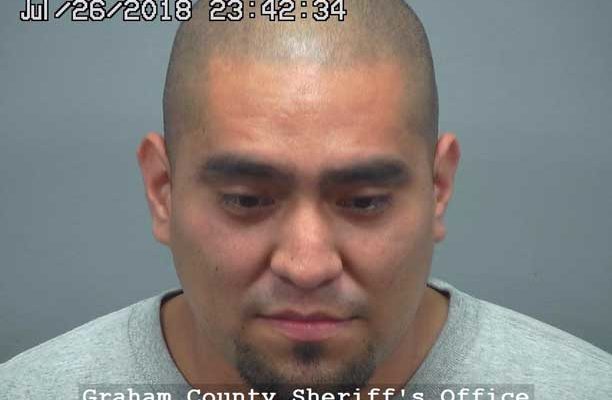 Contributed Photo/Courtesy GCSO: Ryan Rivers was booked into the jail on assault and disorderly conduct charges after allegedly pushing his wife during an argument as she attempted to leave him.

The latter case against him arose after he allegedly pushed his wife into an entertainment center during an argument. The victim said Rivers’ alcohol consumption and violent behavior led her to seek a separation from the marriage and as she was packing some belongings Rivers attacked her. The victim did not require medical attention.

Rivers, who had an odor of an alcoholic beverage on his breath, told an officer that the separation itself caused him to drink alcohol to excess and that he only slightly pushed the victim. He did not believe his actions warranted police involvement.

The couple’s three children were interviewed and the oldest child reportedly told an officer that Rivers had pushed their mother.