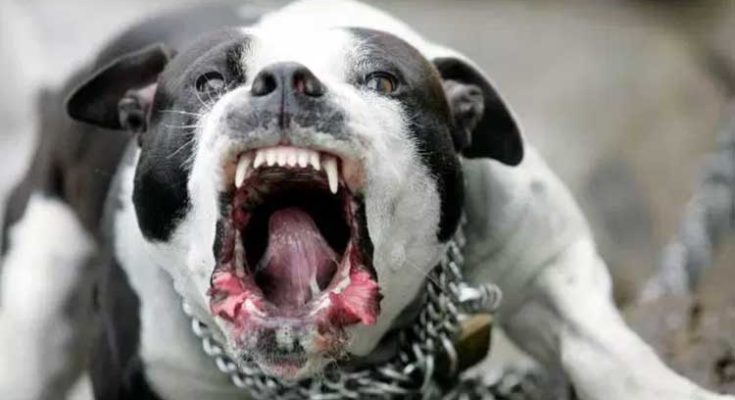 SAFFORD – A Safford man was viciously attacked by two pit bull dogs early Thursday morning and had to be treated for multiple injuries at the Mt. Graham Regional Medical Center.

One of the dogs had been scheduled to already have been removed from its residence by court order June 26 regarding previous attacks on people and other dogs but Safford’s Animal Control officer reported not being able to locate the dog. The officer wrote in his report that he had repeatedly gone to the dog’s residence on W. 27th Street and knocked on the door but the occupant and dog owner, Marion Rios, wasn’t home or simply failed to answer the door.

On Thursday, an officer was dispatched to another residence on W. 27th Street regarding an animal problem and came upon the two dogs in the front yard of the residence barking at a man in the bed of a pickup truck.

The man later told the officer he heard some dogs barking outside his residence at about 1 a.m. and went out to investigate and was attacked by his neighbor’s pit bulls.

The victim said the dogs charged at him when he went outside and one of them bit his right leg in his calf area, causing him to fall to the ground. Both dogs then bit at the victim, causing lacerations to both arms. The victim said he covered his face but when he felt one of the dogs bite his throat he pushed and kicked them back long enough for him to flee into the bed of his pickup truck.

As the victim bled in the back of the truck, the officer was unable to assist him due to the dogs turning their attention to him. The officer called Rios and informed her of the incident as he attempted to usher the dogs back toward their residence using his patrol vehicle. Rios then exited her house and secured the dogs.

Paramedics from Lifeline Ambulance then examined the victim and transported him to MGRMC, where he received numerous stitches.

The dogs were loaded up into the Safford Animal Control’s truck and transported to the Graham County Animal Shelter. Rios allegedly told the officers that she was done with the dogs and to euthanize them. She allegedly said their behavior had progressively gotten worse and they became more aggressive after receiving mandated rabies vaccines.

Rios was given citations for leash law violations and for having vicious dogs. The animals were quarantined at the Graham County Animal Shelter until a court orders their destruction, according to the report.