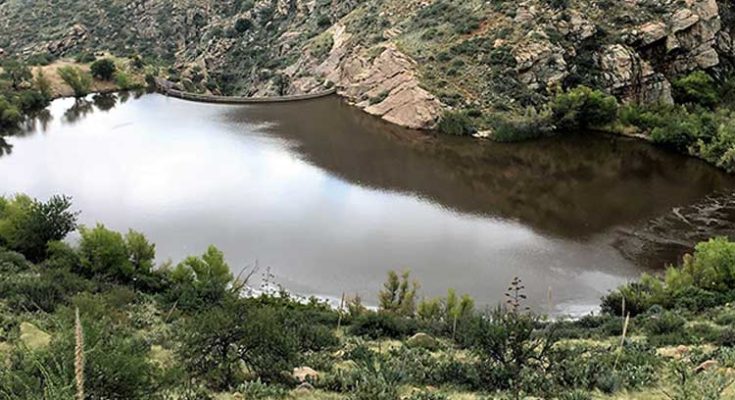 Jon Johnson File Photo/Gila Herald: A trip up to Frye Mesa resulted in the hospitalization of two men after an early-morning UTV rollover.

GRAHAM COUNTY – Two of the four occupants of a UTV were hospitalized early Easter Sunday morning April 1 after the driver, Roper Willey, 18, of Safford, crashed while attempting to run over rabbits.

The crash was reported at about 3:51 a.m. and took place on Frye Mesa Road near Sheeps Tank Road, approximately three miles from the intersection with Reay Lane. The roadway is graded dirt with washes that run across it.

Upon arrival, the deputy located a red side-by-side UTV tipped over on its side and showing signs that it made at least one full revolution before coming to a stop.

Two of the occupants, Brayden Shields, 20, and Alex De Leon, 19, were not injured and were standing behind the UTV. A third occupant, Korey Morris, 19, was sitting and said he was hurt. Willey was found lying on the ground. The deputy described Willey as looking “extremely grey in color and did not appear to be breathing.”

The deputy checked Willey’s pulse and Willey responded that he was hurting. The deputy told him he looked dead and was relieved he could talk.

While waiting for paramedics to arrive, Willey allegedly told the deputy that the group had gone up to Frye Mesa to hang out and were on their way to McDonald’s to get something to eat. He said he was attempting to run over rabbits that were in the roadway when he hit a wash and lost control. Willey was not wearing his seatbelt and was ejected from the vehicle. The other men corroborated the chain of events and said they also were not wearing their seatbelts but were not ejected.

Willey and Morris were then transported to Mt. Graham Regional Medical Center by paramedics from Lifeline Ambulance for treatment.

The deputy deemed the cause of the crash was due to Willey driving too fast for the conditions of the road and therefore failed to maintain control of the vehicle.