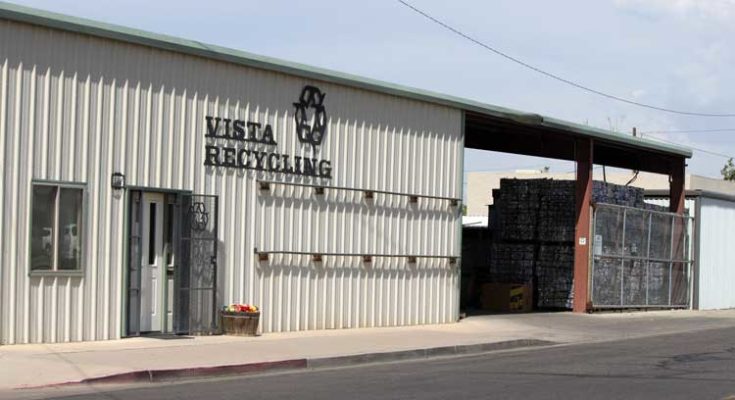 SAFFORD – A man was captured in the act of burglarizing Vista Recycling early Saturday morning after a concerned citizen saw the crime and called the police.

Joseph Taylor Goodman, 34, of Pima, was arrested and booked into the Graham County Adult Detention Facility on a charge of burglary in the third degree. Goodman was released on his own recognizance later the same day, but faces possible additional charges of criminal trespass in the second degree, possession of a prescription-only drug, possession of marijuana, and possession of drug paraphernalia.

According to a Safford Police report, an officer was dispatched to Vista Recycling at 114 W. 8th St. at about 3:45 a.m. regarding the burglary and came upon a truck in an apartment parking lot. The truck matched the description given by the caller, who said a person was observed removing items from Vista and placing them in the truck. Directly west of where the truck was parked, the officer noticed part of the fence that encircles Vista Recycling was knocked down.

Additional officers arrived at the location and the suspect, Goodman, was eventually located hiding behind a dumpster in the corner of the apartment complex.

Goodman allegedly admitted to taking brass scrap metal from Vista’s yard and placing it in his truck. He said he intended to take the metal to Phoenix and sell it. A quantity of brass was found in both the bed of the truck and in a backpack that was inside the vehicle’s passenger compartment.

During a search of the truck, officers located three suboxone pills and a glass pipe with marijuana in it. Goodman allegedly replied that he has a medical marijuana card but that he didn’t have it on him and that he uses the suboxone to curb his periodic desires for opioids but that he didn’t have a current prescription for it. Suboxone is a prescription drug used by those addicted to opiates to assist in recovery by providing relief without the opiate high. Both Community Medical Services and Canyonlands Healthcare use it in their recovery programs.

Goodman’s truck was towed from the scene and he was taken to jail, where he was booked on the burglary charge. The report was forwarded to the Graham County Attorney’s Office for review.