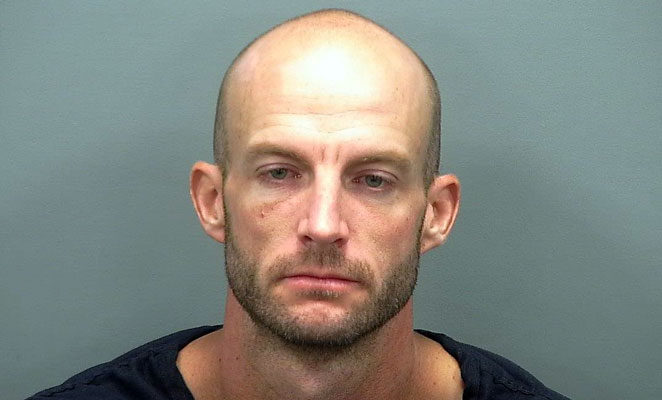 Contributed Photo/Courtesy GCSO: Jesse Smith was booked into the jail on charges of theft of a credit card, theft, and criminal damage.

GRAHAM COUNTY – Jesse Smith, 32, was booked into the Graham County Adult Detention Facility on June 20 on charges of theft of a credit card, theft, and criminal damage.

The charges stem from a domestic incident off S. Cluff Ranch Road in which Smith allegedly stole several items from his mother’s residence and broke a sliding glass door.

The victim called police at about 8:21 a.m. and reported the incident. Officers from Pima joined deputies from the Graham County Sheriff’s Office to set up a perimeter and search for Smith but were unable to locate him.

The victim reported Smith had stolen her late husband’s wedding band, her debit and credit cards and checks from her bank and her dentures.

Smith was later found by a Safford officer in the area of Cluff Ranch Road and Ash Creek. The officer reported Smith was being combative and informed the investigating deputy that he would transport Smith to the jail.

At the area where Smith was located, some items missing from the victim’s home were found and her debit card and husband’s ring were found on Smith. After taking a picture of the ring, it was returned to the victim.

The deputy attempted to speak with Smith at the jail but he acted erratic and did not make any sense. He was then booked into the jail without further incident.

This article was updated Monday, July 1, to reflect Smith’s age as 32 and not 22 as previously reported. An incorrect date of birth was listed in the handwritten ledger on the GCSO’s booking intake roster.