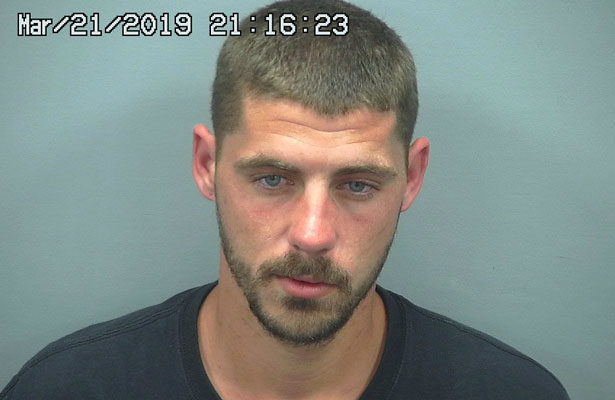 According to a Graham County Sheriff’s Office report, deputies were dispatched at about 5:53 p.m. to the area of Montierth Lane and Hollywood Road regarding a conflict between a man and a woman. Multiple witnesses described the man beating and kicking a female, pulling her while she was on the ground, choking her, and threatening her with a gun by pointing it at her head. One witness reported seeing Neely shoot the gun at the victim and another said he stopped his car when he saw Neely choking the victim to ask if she was OK and said when the victim stood up he could see her pants were halfway down.

A deputy located the couple on the side of Montierth Lane and Vine Lane lying on the grass and reported it appeared as if they were hiding from him. Upon approach, the deputy took Neely into handcuffs due to the report of a gun and noticed the victim’s pants were down and her rear was exposed.

The victim had dirt and grass on her clothing and in her hair but did not show any obvious signs of injury. She described her disheveled appearance due to being hit by a water bottle that someone in a blue truck had thrown at her and then being struck by someone riding an ATV. She said after the ATV hit her she fell to the ground hard and Neely was simply helping her when deputies arrived. She denied being in any type of verbal or physical conflict with Neely and denied medical attention.

Neely said the victim was mistaken about the water bottle and said that happened on a different day but also replied that the victim had been struck by an ATV. A Sheriff’s Office report advised Neely’s story varied the multiple times he told it and didn’t appear as valid as the multiple witness statements given to police that detailed the interaction they saw and stayed the same.

The couple could not say why witnesses would have reported anything different and stuck to their story.

A black CO2 pellet handgun was located on Neely and collected by a deputy. Neely advised that he had found the pellet gun but that it did not work. However, a witness reported seeing Neely shoot the gun at the victim and recalled hearing a pop four times that sounded like a CO2 gun. All of the witnesses advised they did not see any ATV in the area.

Neely was then arrested and booked into the jail on two counts of aggravated assault/domestic violence. He was scheduled to be released from jail Wednesday.