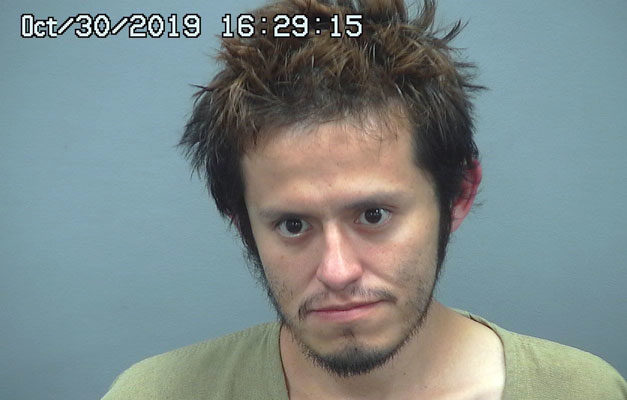 Contributed Photo/Courtesy GCSO: Jose Hernandez was booked into the jail on a warrant relating to possession of a narcotic drug.

SAFFORD – Jose Hernandez, 30, was arrested on a warrant and booked into the Graham County Adult Detention Facility on Wednesday, Oct. 30, after being seen exiting a residence known for drug activity.

According to a police report, an officer saw Hernandez leave a residence on 9th Street known to police to have drug activity. The officer ran a query on Hernandez and learned he had an active warrant regarding possession of a narcotic drug that had a $5,000 bond.

The officer contacted Hernandez and placed him under arrest for his warrant. When asked what he was doing at the residence, Hernandez allegedly said he had located his stolen iPad and went to the residence to reclaim it. He said he confronted the occupant, who then returned the iPad. Hernandez also requested legal action be taken against the resident for having his stolen electronics, according to the report.

After being searched with negative results for any contraband, Hernandez was transported to the jail and booked on his warrant.