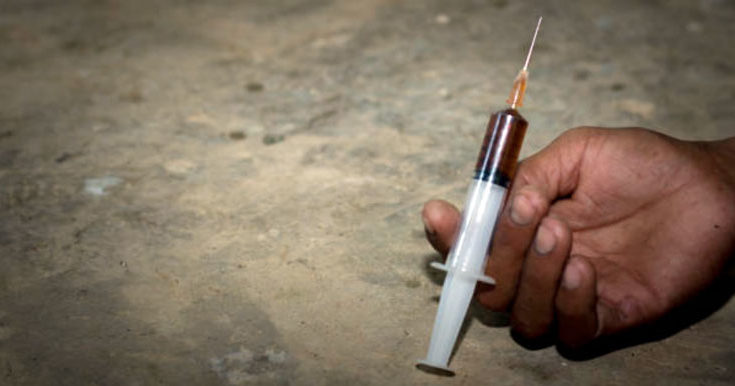 SAFFORD – Kevin Taylor, 31, was arrested for possession of a narcotic drug, possession of drug paraphernalia, and DUI-drug, after passing out in his car at the Hurricane Car Wash on Aug. 19.

Officers were dispatched at about 12:50 p.m. to the car wash at 406 S. 6th Ave. regarding a welfare check on a man who was passed out in his car by the vacuum area.

Upon arrival, an officer located Taylor in his vehicle with its lights illuminated. Taylor was “slumped over in the driver’s seat” with a syringe loaded with heroin in his lap and a tan-colored rope tied around his left leg, according to the report.

The officer managed to rouse Taylor, who woke up startled and confused. Taylor ensured the officer that he wasn’t overdosing and that he was supposed to meet his wife so she could take him to rehab.

Taylor allegedly told the officer that he had finished up the meth he had that morning and the heroin was supposed to last him the rest of the day as he entered rehab.

After examining Taylor, the decision was made to obtain a urine sample for DUI testing instead of attempting to draw blood because the officers thought it would be in vain.

After securing the sample, Taylor was released pending DUI testing and review and charging from prosecutors.