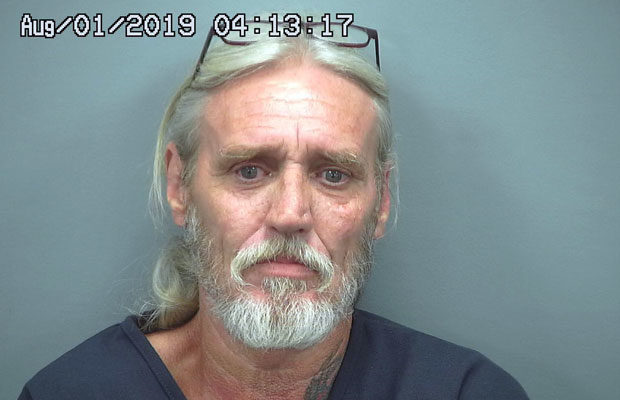 The charges stem from a domestic incident July 24 in which Coleman allegedly held a rifle to the head of his girlfriend during an argument. Coleman later denied pointing a gun at the victim’s head and said he was upset over her use of methamphetamine.

By the time law enforcement arrived at the victim’s residence on W. Elmer Lane, Coleman had fled the area, allegedly with a black rifle with a scope the victim said he had held to her head. Coleman was not found despite the assistance from the Safford and Thatcher police departments.

While authorities were at the scene, the victim had deputies secure Coleman’s other firearms, which included two rifles in the bedroom – one loaded with .22 caliber ammunition and one described as a “machine gun” with an attached bayonet – a loaded Springfield 1911 .45 caliber pistol with two extra loaded .45 caliber magazines, two other rifles, a shotgun with serial numbers scraped off, a crossbow, and multiple magazines and ammunition. While inspecting the haul, authorities also located four blasting caps, back powder, and water-proof fuses, which led to the explosives charges.

A week after the initial call, a deputy was on patrol in the area of Elmer Lane when he contacted Coleman at about 11 p.m.

When questioned about the incident from the previous week, Coleman allegedly said he left because he didn’t want to get a domestic violence charge and denied ever holding a gun to the victim’s head.

He also said he found the shotgun in the desert and was restoring it. In the process, he said he shaved off the serial numbers to get the shotgun in better condition.

He also advised that the blasting caps and fuses were for use in his business of mining for gold.