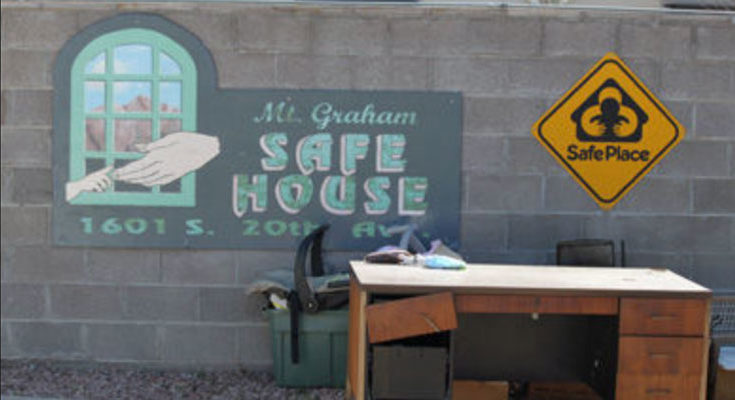 SAFFORD – Authorities are investigating a man accused impersonating a Globe Police officer in an attempt to contact his wife, who had fled to the Mt. Graham Safe House after a domestic violence incident.

The Safe House was formed in 1995 to provide short-term emergency housing to victims of domestic violence and their children. It is a co-ed facility that provides confidential assistance to
those impacted by domestic or sexual violence.

The alleged perpetrator, identified as Abraham Franco, allegedly called the Safe House and pretended to be a Globe Police officer. While impersonating the officer, Franco allegedly advised a Safe House advocate that Franco had died and requested Franco’s wife call him back at a phone number he provided. It was later learned that the number Franco used was believed to be his mother’s phone number.

According to the estranged wife, Franco has been harassing her through phone calls, texts, Facebook messages and has begun to threaten her on social media. She said Franco has threatened to find her and burn her.

The Safford Police Department is investigating the case for aggravated harassment, use of electronic communication device to harass and impersonating a police officer.

Click here to learn more about and/or donate to the Mt. Graham Safe House.