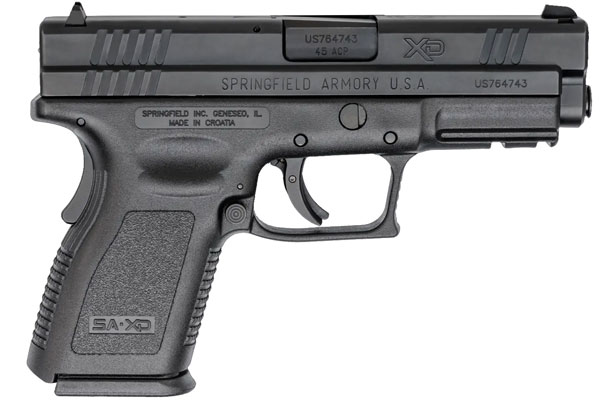 The victim accidentally shot himself with a handgun similar to this Springfield XD-45.

GRAHAM COUNTY – For the second time in less than a month, a Graham County man has had to go to the hospital for an accidental firearm discharge.

According to a Graham County Sheriff’s Office report, a deputy was dispatched at about 6:32 p.m. on Saturday, July 23, to the Mt. Graham Regional Medical Center regarding a gunshot victim.

Upon arrival, the deputy spoke with a man who said he was cleaning his Springfield XD .45 caliber handgun and it accidentally went off when he racked the slide and let it go forward. The victim said he had his finger on the trigger at the time. He said he mistakenly thought the gun was cleared but had forgotten he had inserted a fully loaded magazine.

The bullet grazed the victim’s torso but did not enter the body. According to the victim, the only one else at the residence at the time of the incident was his 25-year-old nephew, who was in another room when the gun fired.

According to the National Rifle Association (NRA), the fundamental rules for safe gun handling are: