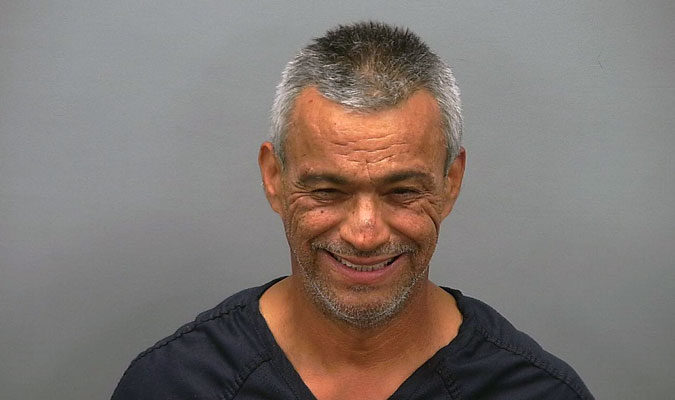 Contributed Photo/Courtesy GCSO: Luis Urias was found with 1.5 pounds of meth in his pockets after being pulled over for an equipment malfunction in Pima on Monday night.

PIMA – If one is to travel through Pima with a load of meth it would behove the mule to make sure the vehicle is properly maintained.

According to a Pima Police report, an officer was working Operation Stonegarden shortly before 8 p.m. when he noticed a white Chevrolet Cobalt traveling on U.S. Highway 70 in the area of milepost 334 with one headlight that wasn’t illuminated.

The Stonegarden program is federally funded and, according to the Arizona Department of Homeland Security, supports enhanced cooperation and coordination among U.S. Customs and Border Protection and the United States Border Patrol with federal, state, local, tribal, and territorial law enforcement, promoting a layered approach to law enforcement to secure our nation’s borders.

The officer initiated a traffic stop for the moving violation and immediately noticed the smell of marijuana emanating from the vehicle, according to his report.

After explaining the reason for the stop, Urias reportedly got out of his car and Fonzied the light back to work by giving it a smack.

During his interaction with Urias, the officer also noted the driver showed signs of being under the influence of drugs. Urias also refused to keep his hands out of his pockets and eventually pulled out a baggie of marijuana.

Upon further inspection, Urias attempted to pull away from the officer and throw something else from his pockets into the car. The officer then took Urias to the ground, and during the process, Urias allegedly threw three baggies containing what officers described as being snowball-sized amounts of methamphetamine. The meth later was weighed at 1.5 pounds, worth about $15,000 wholesale and roughly $50,000 if sold off by the gram.

A second officer arrived at the scene and assisted taking Urias into custody. After he was secured, he complained of a back injury and was taken by paramedics to Mt. Graham Regional Medical Center.

After being medically cleared by the hospital, Urias was then taken to jail. He allegedly denied the meth was his and said a man he had just met and smoked a bowl of marijuana with at a Circle K in Safford said he would pay him $100 to deliver the meth to a man at the Giant gas station in Pima who would be in a red car. The man in the red car was allegedly supposed to pay Urias after he delivered the meth. Urias denied knowing either of the men in his version of events.

While at the jail, a small amount of meth was also found wrapped in tin foil in Urias’ possession. He claimed he had taken it from one of the other large baggies. Along with the meth and marijuana, officers also located two vials of an oil substance that was likely concentrated marijuana.