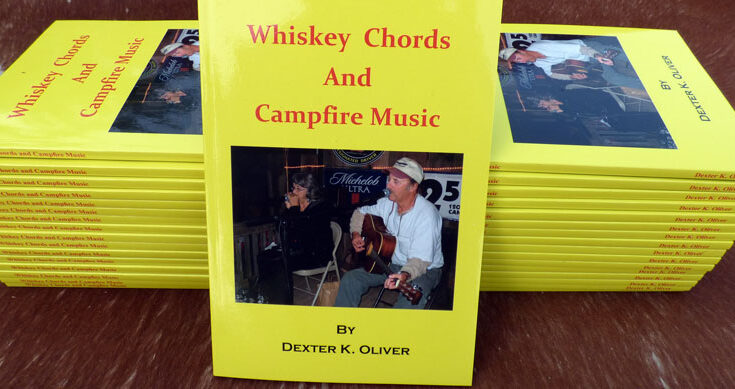 DUNCAN – The power of music is a proven antidote for the type of stress and anxiety brought about as a result of the Covid-19 pandemic. During a time when some dentists are reporting substantially more enamel fractures in the last six months from patients grinding their teeth, methods of alleviating the causes are important. Playing or listening to music has been shown to reduce blood pressure, improve sleep, reduce pain, enhance mental alertness, and diminish depression and loneliness.

In the older segment of our population, one of the most vulnerable to the ravishes of the novel corona virus, music has been demonstrated to have positive effects on our minds. It keeps the brain engaged during the aging process and gives it a total workout necessary to stave off deterioration. Music decreases cortisol, the stress hormone, and elevates the production of dopamine, one of the body’s neurotransmitters associated with feeling happy.

The Gallup Organization conducted a survey of American households and found that 54% of them had at least one member who played a musical instrument. 40% of homes had two or more people actively engaged in making music. 85% of those polled believed that music is “a very important part of their lives.” The survey, which was supported by NAMM (National Association of Music Merchants), also indicated that music positively affects children’s cognitive skills, builds confidence and discipline, inspires creativity, and helps keep them socially connected with their peers.

Now more than ever music can help fill all the roles mentioned above.

In early 2020, while the virus was gaining a foothold on both coasts and making inroads throughout other parts of the country, Greenlee County was still in a wait-and-see mode. My wife, Glenda, and I were asked to play some music at Centennial Park in Duncan for a town festival day. That meant me on an amplified acoustic guitar and vocals and Glenda on harmonica.

Sharon Hjorth, who along with her husband Alan, owns the Country Chic/Duncan Visitor’s Center next door, did the gentle arm twisting. We had often played there back when a farmers’ market and crafts meet took place every Saturday throughout the summers. Walt Mares, who was the editor of the Copper Era at that time, caught us jamming with other local musicians there and published a photo of the event in the newspaper. We played the town gig in March 2020 and the next weekend did another one at the cotton gin.

When Cindy and Bob Thomas bought the old Duncan cotton gin property, among other things, they erected a steel building housing a certified kitchen with a pizza oven and ran the Fresh Farmers Market on the weekends. This included a local swap meet on Saturdays. We went to these events to peddle the books I had written and provide some background noise. When it wasn’t too hot or too cold we were usually there at least one day each weekend.

When the virus started spreading everywhere, we decided to follow CDC guidelines for people in our age and health brackets and wait for the flip side to it all.

I had already been writing my own songs off and on for years and had a dozen of them I sometimes interjected into the mix of ninety cover songs I had memorized the words and chords to and played in public. For some reason, I suddenly started getting what Keith Richards refers to as “in-coming”, titles and lines to three new songs popping up as I tried to sleep. I finished them and realized fifteen tunes would fill an LP (long playing) vinyl record (remember them? they’re making a come-back) but a book was more my style.

So, I wrote my eleventh volume as a songbook, with the words, guitar chords, and explanations of what muse, event, or feeling had been the catalyst behind the tunes. It was partly an indigenous effort, featuring Greenlee County, and Duncan in particular, characters, events, and locations. I always figured that if any of my writing made people laugh, or informed them, or just made them pause and think about the words, I had done my job. And during a pandemic, that was a good thing. Music and language are both forms of communication that have a written system (letters or notes) and can share experiences and emotions throughout the ages.

The book, Whiskey Chords and Campfire Music, may currently be seen at the Duncan Public Library, the Country Chic/Duncan Visitors’ Center, the Simpson Hotel, and the Rock-A-Buy rock shop, all in Duncan, Arizona.