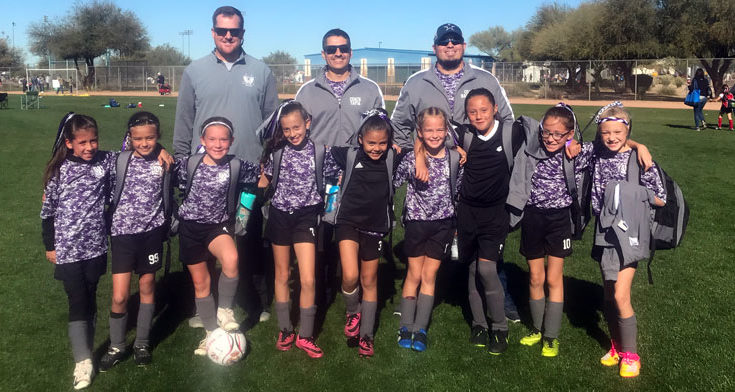 The team – handpicked from all-stars throughout the Gila Valley in November, placed third in its division at the Fort Lowell Shootout in Tucson and tied for first in its bracket. The shootout included roughly 351 teams from all over the United States and Mexico.

The team also participated in the soccer Olympics at the venue and placed first in the shootout and second in the dribbling event.

The event was the first time the team had played together in a game since forming. They will next play in a tournament in Glendale on Feb. 7-9.

The Lightning Bolts are coached by Phillip Hallford with assistants Isaac Tapia and Jeff Tysoe.