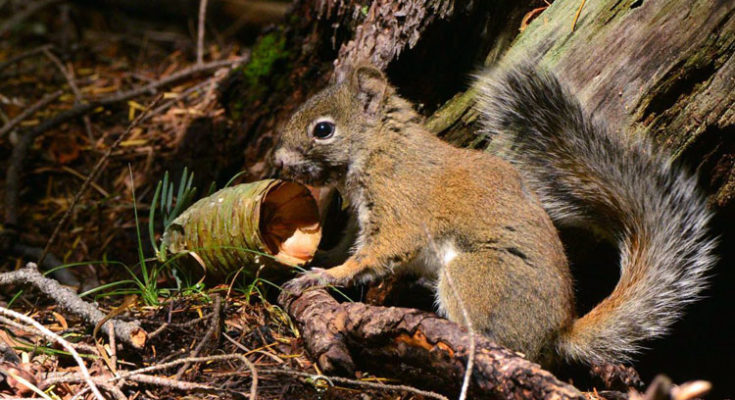 Contributed Photo/Courtesy of George Andrejko, Arizona Game Fish Department: The Center for Biological Diversity has filed a notice of intent to sue to increase the critical habitat area for the endangered Mount Graham red squirrel.

TUCSON – The Center for Biological Diversity and Maricopa Audobon filed a notice of intent to sue Tuesday to compel the U.S. Fish and Wildlife Service to expand critical habitat for the Mount Graham red squirrel.

The notice cites a violation of the Endangered Species Act due to the U.S. Fish and Wildlife Service’s failure to make a 90-day determination on a previous petition sent out by the Center regarding a revision of the critical habitat of the squirrel.

The Center previously filed a notice of intent to sue the U.S. Forest Service in December 2010 over the encroachment of the Mt. Graham International Observatory impacting the squirrels’ habitat.

According to the Center, only about 75 squirrels remain on Mount Graham after the 2017 lightning-caused Frye Fire, which burned roughly 48,443 acres. The estimate came from the annual survey of their nests taken in 2018. Previously, surveyors reported the number had dwindled to just 35 mere months after the fire.

“With so few Mount Graham red squirrels left, we need to do everything we can to protect their habitat, particularly the only places they now live,” said Robin Silver, Center co-founder board member. “After (the) widespread loss of their homes to the telescopes and fire, the squirrels desperately need new habitat protection.”

The Mount Graham red squirrel is a sub-species of the North American red squirrel and is only found in the Pinaleño Mountain Range. The squirrel was thought to be extinct in the 1960s, but was rediscovered in the 1970s and was listed as an endangered species in 1987.

On Jan. 5, 1990, the critical habitat for the squirrel was designated on Mount Graham and was limited at an greater than 9,200 feet.

Since the fire, the squirrels now live in lower elevations, according to a press release from the Center, and the best remaining habitat is occupied by a camp and recreational cabins that were supposed to be moved as mitigation for the telescopes but never were.