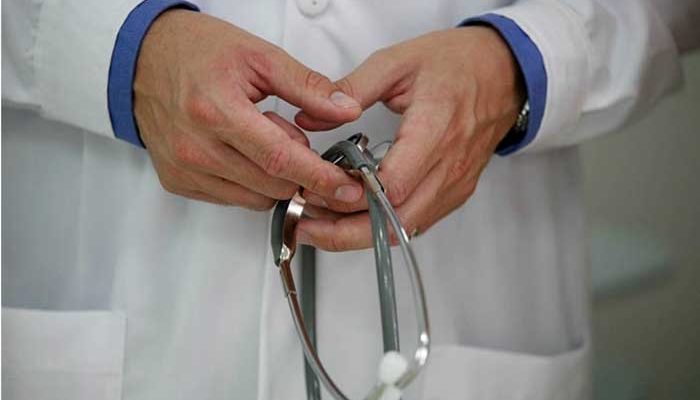 Photo By Alex Proimos/Creative Commons: Advocates and insurance companies in Arizona worry that the Center for Medicare and Medicaid Services’ decision to suspend “risk adjustment” payments to insurers that take on riskier customers will drive up premiums in the state.

That was the assessment of advocates and insurers both after the Centers for Medicare and Medicaid Service this month stopped the payments that are aimed at helping insurance companies that agree to take on riskier, less-healthy clients.

It comes as insurers are considering which markets to enter and what premiums to set for 2019, and is just the latest in a string of Trump administration changes that critics say are chipping away at the Affordable Care Act.

“Putting the specifics of the risk adjustment program aside, the bigger challenge continues to be the stream of ongoing changes to the ACA,” said Blue Cross Blue Shield of Arizona President and CEO Pam Kehaly in an emailed statement.

“The impact of this uncertainty falls squarely on individuals who are faced with higher premiums as insurers attempt to navigate a constantly changing landscape,” Kehaly’s statement said.

Advocates were more direct, calling it just another step in the Trump administration’s “sabotage of the health insurance marketplace,” where more than 165,000 Arizonans bought health care coverage this year, according to the latest figures from the Kaiser Family Foundation.

The Centers for Medicare and Medicaid Services, or CMS, announced on July 7 that it had little choice but to suspend payments in the program, which reached $10.4 billion last year, because of conflicting opinions from federal district courts on the legality of the program.

A U.S. District judge in Massachusetts ruled in January that the Department of Health and Human Services was acting properly when it developed the formula for deciding which insurers pay and which are paid under the risk-adjustment program, “even when the consequences of its choices may not always be optimal.”

But a month later, a U.S. District judge in New Mexico found the opposite in a separate challenge to the law, ruling that the formula for calculating payments was “arbitrary and capricious.”

“We were disappointed by the court’s recent ruling,” CMS Administrator Seema Verma said in the July 7 statement. “CMS has asked the court to reconsider its ruling, and hopes for a prompt resolution that allows CMS to prevent more adverse impacts on Americans who receive their insurance in the individual and small group markets.”

In the meantime, Verma said the New Mexico ruling bars her agency from redistributing payments from the 2017 coverage year.

In a report accompanying the suspension announcement, CMS said the risk-adjustment program “functioned smoothly” in 2017 and was “working as intended, spreading the financial risk borne by issuers that enrolled higher-risk individuals” and allowing them to offer “products that serve all types of consumers.”

Michael Tanner, a senior fellow at the Cato Institute, said suspension of the risk-adjustment program is “liable to speed up the adverse selection death spiral that the Affordable Care Act was in.”

“The system was not stable. We were having a problem with risk-adverse people essentially staying out of … buying insurance and the people who were healthy and young not buying insurance,” Tanner said. “This is going to make that more likely and, therefore, speed up the problem.”

In the short term, advocates said that suspending the program is bad news for consumers.

“Anyone who buys their insurance in the individual marketplace is going to be hurt by this because it means that insurance companies are going to have to raise their rates,” said Rodd McLeod, a spokesman for Arizona Health Care Voters.

“What we’ve seen since President Trump took office is sabotage of the health insurance marketplace and health insurance in general,” said McLeod, who said that voters will remember when they go to the polls in November.

“The decision to end risk adjustment payments made by the Administration will hurt hardworking Arizona families who are struggling to make ends meet,” O’Halleran said in a statement.

“I urge the Administration to reverse this decision to undermine access to affordable coverage,” he said. “We should be working on stabilizing the health insurance marketplace and bringing down health care costs for Americans.”