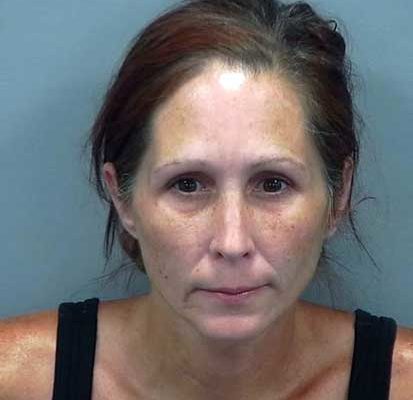 Contributed Photo/GCSO: Lorinda Case was booked into the jail for assault after allegedly punching her renter in his face.

SAFFORD – A disagreement over $25 in rent money ended with the renter and landlord jailed for disorderly conduct and assault, respectively.

Officers were dispatched at about 12:47 p.m. to a residence on 18th Street on Saturday, June 30, after a dispute between a landlord and a renter became physical.

Upon arrival, officers separated the landlord, Lorinda Case, 50, and the renter, Dennis Bridges, 59, and spoke to them separately.

Case allegedly told officers that Bridges had paid her $600 in rent but was $25 short. Case said she advised Bridges would be given an eviction notice if he didn’t come up with the remaining $25 and then refused to return the $600 after Bridges requested it. She said Bridges then knocked off her medication from her dresser out of frustration and she became upset and punched him in his face.

Bridges allegedly corroborated the chain of events with the exception of advising he only knocked over one pill bottle despite Case’s assertion that he had knocked over several.

Bridges told the officer that he wished to press charges, and the officer informed him that if that was the case both subjects would go to jail because they both had committed crimes. Bridges allegedly said that was suitable for him and he requested he be allowed to get his shoes.

Case and Bridges were then both arrested and booked into the Graham County Adult Detention Facility – Case for assault and Bridges for disorderly conduct.