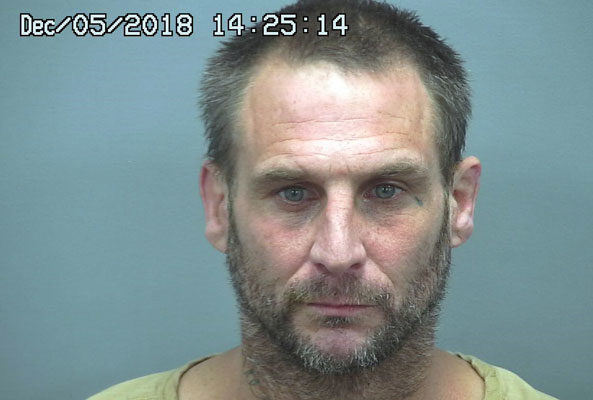 SAFFORD – Driving a vehicle known to an officer to have its registration suspended due to lack ofinsurance and then failing at parallel parking led to the arrest of three individuals on drug charges Tuesday morning, including one for selling methamphetamine.

According to Safford Police reports, an officer initially noticed the vehicle in question while it was eastbound on U.S. Highway 70 at about 10:53 a.m. After recognizing it as one with a suspended registration, the officer turned around and followed it as the vehicle turned off the highway and onto Gila Avenue. The officer then observed the driver, later identified as Dorothy Dykes, unsuccessfully attempt to parallel park between two other vehicles on the east side of St. Vincent de Paul.

Upon contacting the occupants, the officer identified Dykes and two passengers, Ronald Reed and Michael Holmes. While the officer was speaking to Dykes, Holmes allegedly asked if he could go use a restroom.

The officer informed Holmes he would be allowed to leave to use a restroom if he first consented to a search of his person. Holmes did so and brought out a grey bag out of thevehicle as well. When the officer asked if he could search the bag, Holmes attempted to flee but only made it two steps before he tripped and fell. The officer then pointed his TASER at Holmes and told him to stay on the ground.

A subsequent search of the bag tuned up 20 grams of methamphetamine and a digital scale. Holmes allegedly admitted to selling meth to make money to go see his family in Utah. An amount of $400 in cash was also found in the bag.

By that time, two other officers arrived to assist at the traffic stop and contacted Dykes and Reed, who both allegedly admitted to smoking meth earlier that morning.

An empty seal with apparent methamphetamine residue was located in the door where Reed was sitting, but he denied it was his. He was arrested for possession of drug paraphernalia and use of a dangerous drug and was taken to the Safford PoliceDepartment, where his blood was taken for testing purposes. Afterward, Reed was released from police custody.

Dykes was arrested for DUI-drug and use of a dangerous drug. She was also transported to the Safford Police Department, where her blood was taken for testing purposes. She was then also released from custody.