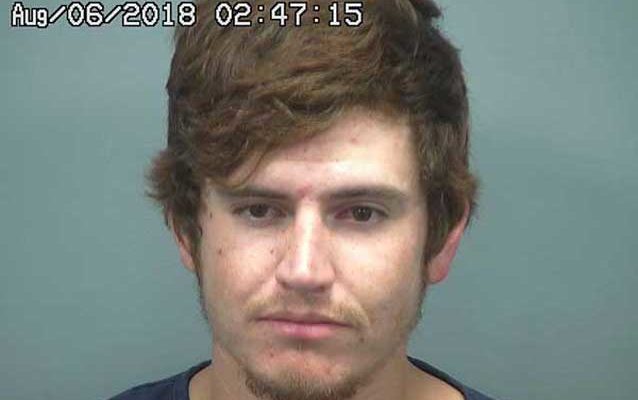 SAFFORD – The keen eye and memory of a Safford Police officer led to the seizure of more than 20 grams of methamphetamine and the incarceration of a suspected dealer.

According to a Safford Police report, an officer was observing activity at the Safford Inn & Suites at 520 E. U.S. Highway 70 when he noticed a man sitting in a car with the engine running. A quick check of the license plate showed the car registered to a man who was involved with meth for sale at a different local motel approximately three months ago.

As the man, later identified as Lopez, left the parking lot and headed west, the officer followed him to a gas station.

Upon contact, Lopez advised he wasn’t staying at the hotel but was instead just helping out a female friend who had been evicted. The woman had also been involved in the previous methamphetamine incident.

After placing Lopez under arrest, the officer located a baggie of meth and more cash concealed on Lopez. A subsequent search of the car yielded 20 grams of methamphetamine and drug paraphernalia, along with a .22-caliber handgun and a shotgun.

Lopez allegedly said he procured the meth from his female friend and that he was delivering it to one of her friends as a favor. He later said he had been involved in the drug trade for about a year and usually makes a couple deliveries every few days. He said he didn’t use heroin and denied ownership of the small amount found on him but admitted the meth in his pocket was his.

Lopez was then taken to jail.