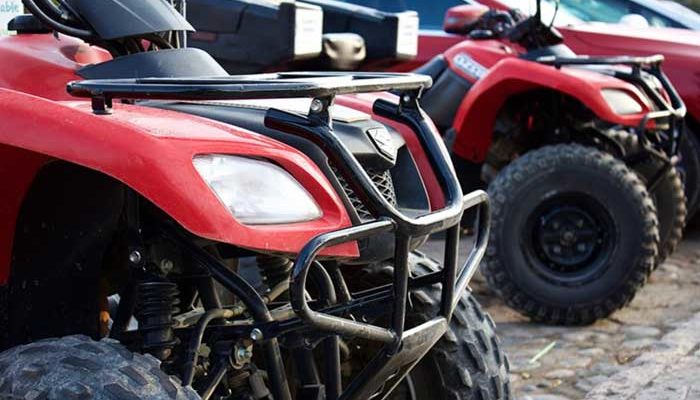 Photo By Kianna Gardner/Cronkite News: Riders of off-highway vehicles are more susceptible to fatal accidents in July than any other time of year, the Consumer Federation of America says.

PHOENIX – Fun is the focus of Fourth of July festivities, but the Consumer Federation of America reminds that July 4 is the deadliest day for drivers of ATVs, quads and other types of off-highway vehicles.

“OHVs are not designed for on-road use, and yet our data shows that of those fatalities that occurred in July, during the time period we studied, 65 percent occurred on-road,” said Rachel Weintraub, the foundation’s legislative director and general counsel.

In addition to having the necessary skills to operate an OHV, she said, riders “should use appropriate safety equipment, such as helmets.”

The foundation urges riders to follow these six steps to reduce deaths and injuries:
● Never operate an OHV on a paved road;
● Never permit children younger than 16 years old to operate an adult-size OHV or any OHV that’s too large and powerful for them;
● Always wear a helmet and other protective gear when riding an OHV;
● Always wear safety belts when available;
● Never allow more people on an OHV than it was designed to carry;
● Never ride when under the influence of alcohol or other drugs;
● Take a hands-on safety course.

For more information, go to Consumer Federation of America.