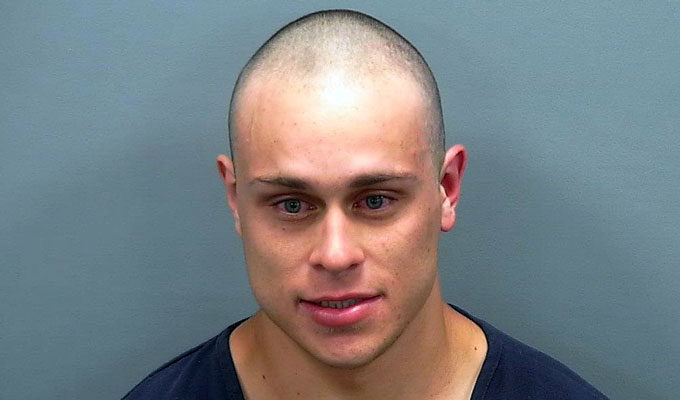 Contributed Photo/Courtesy GCSO: Daniel Osornio was booked into the Graham County Jail on charges of burglary, theft, and criminal trespassing.

SAFFORD – Daniel Osornio was arrested Saturday, Sept. 14, and booked into the Graham County Adult Detention Facility after being found with items stolen from the A+ Learning Center.

Osornio was booked on charges of burglary, theft, and criminal trespassing.

According to a Safford Police report, an officer was at the Casa Mañana restaurant when an employee advised that a man had possibly stolen some items from an adjacent building and was still in the restaurant’s parking lot.

The officer located Osornio with two other female subjects getting into a car. As the officer approached the trio, one of the women advised that the items came from inside the A+ Learning Center located at 514 S. 1st Ave. and that she witnessed Osornio take them. A total of $647 of Mary Kay cosmetics items were located in a black trash bag the woman handed over to the officer. A pair of patio chairs worth $50 that were reportedly taken from the back porch of the business was also recovered.

When questioned, Osornio, who appeared intoxicated denied taking the cosmetics or chairs and insisted he had only stolen a couple of beers. He then pulled a beer from his pant leg and the officer seized it. A body search also turned up a prescription pill bottle with the victim’s name on it.

The owner arrived at the scene and the stolen property was returned. The owner advised that Osornio did not have permission to be inside the building or on the property.

Osornio displayed mood swings while being booked into the jail, according to the report, and squared off as if to fight the correction officers. At that point, jail staff sprayed Osornio with pepper spray and placed him into a restraint chair.