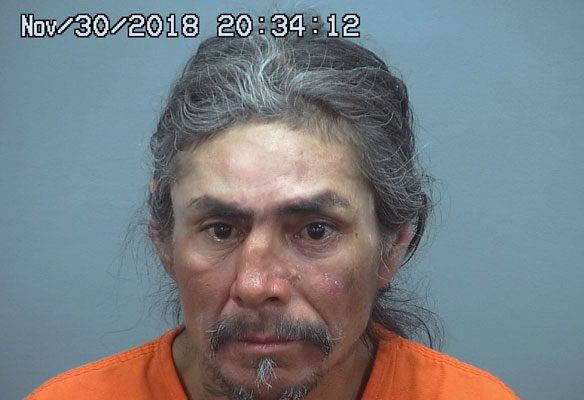 According to a police report, an officer was initially dispatched at about 10 a.m. to the Circle K at 1123 W. Thatcher Blvd. regarding a man trespassing in the store and refusing to leave.

Upon arrival, the man, later identified as Nelee Jr., had already left. Employees advised that they recognized the subject from previous run-ins and that he was trespassed from the store. They also advised that he disrupted business that day, used profanity toward all the female employees and was a general nuisance who refused to leave after being asked to do so several times.

The officer left the store and saw a male matching the description of the perpetrator walking through Firth Park toward 10th Avenue. The officer attempted to catch up to the man but was slowed by the Graham County Fair Parade, according to his report.

The officer then caught up to Nelee Jr. as he was walking next to the Safford Police Department and noticed he was now holding something. That something turned out to be spray cans of Armor All Tire Shine and Tuff Stuff Carpet & Interior Cleaner.

Nelee Jr., who was found to be intoxicated, denied being at the Circle K but later allegedly admitted to “finding” the cans of cleaning equipment that are kept outside of the police department in an open fenced area with other car cleaning supplies.

Due to his intoxication level, Nelee Jr. was not taken to jail but was instead issued a criminal citation for theft and released.