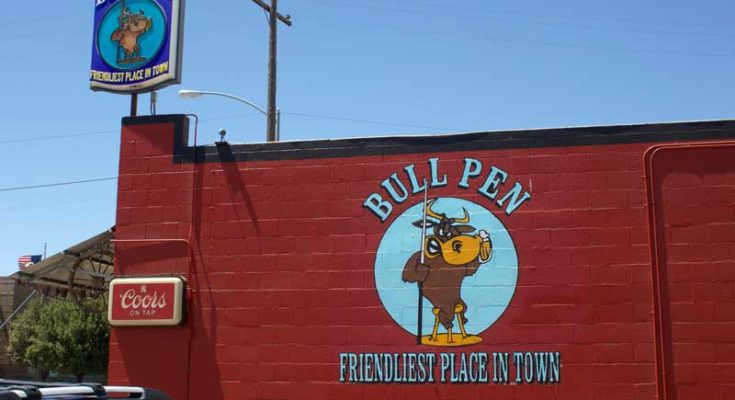 Jon Johnson File Photo/Gila Herald: A intoxicated man who thought his keys were stolen from the Bull Pen bar actually just dropped them when he went to get into his vehicle.

SAFFORD – A man visiting the Bull Pen bar Wednesday, March 20, did little to dissuade the doofus dad archetype as he dropped his keys while attempting to drive back to his motel and believed they were stolen. The case was only rectified when the man’s wife drove over from Sierra Vista and located the keys on the ground.

According to a Safford Police report, an intoxicated man called County Dispatch at about 11:55 p.m. and advised that he believed someone had stolen the keys to his vehicle while he was at the Bull Pen bar. The man requested an officer meet him in the lobby of the Quality Inn where he was staying.

An officer responded to the lobby but the man was nowhere to be found and knocks on his motel room door when unanswered.

A short time later, the man’s wife called from Sierra Vista and said her husband had told her about the situation. She said she was concerned about the vehicle being stolen and said she would respond to the bar.

The officer told her to wait before driving from Sierra Vista and that he would go to the bar and ask if anyone turned in a set of keys. When the officer was informed no keys were turned in, he told man’s wife that he would patrol by the bar throughout his shift that night to keep an eye on the vehicle.

The wife responded to the bar the following morning and located the keys on the ground by the vehicle’s driver’s door. A second officer then drove the vehicle to the motel for the woman and returned the keys.

On Friday, Bull Pen co-owner Eric Henderson told the Gila Herald that the bar offers free rides to and from the establishment for patrons and that the man who dropped his keys had declined the offer for a ride.

This article was updated at 3:30 p.m. on Friday to include information from Bull Pen co-owner Eric Henderson.