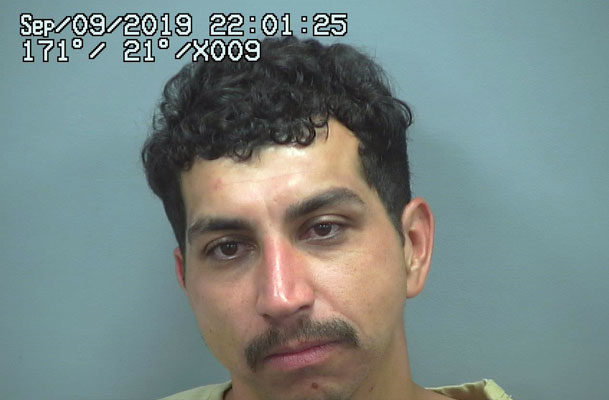 Contributed Photo/Courtesy GCSO: Pedro Mendez was booked into the Graham County Adult Detention Facility for obstructing a highway by continually walking in the westbound lane of U.S. Highway 70.

SAFFORD – Pedro Mendez, 32, was arrested and booked into the Graham County Adult Detention Facility on Monday, Sept. 9, after reportedly obstructing the highway.

Officers were dispatched at about 7:30 p.m. to the 1200 block of E. U.S. Highway 70 regarding a man who was continually walking in the highway. The area of roadway has a 55-mph speed limit.

Mendez was located in the 1500 block of E. U.S. Highway 70, standing in the roadway of westbound traffic. An SUV had stopped in front of Mendez and put on its hazard lights to avoid Mendez being struck by a vehicle.

Upon contact, Mendez showed obvious signs of intoxication and refused to cooperate with the officers, according to a police report.

Mendez was then transported to the jail, where he blew a .300 breath/alcohol content and was refused admission.

The officer then transported Mendez to the Mt. Graham Regional Medical Center, where he was evaluated and was given medical clearance to be detained. He was then given a citation for obstructing a highway and was booked into the jail without further incident.