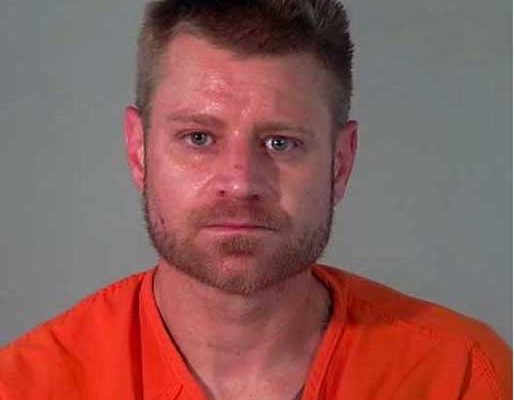 Decker sentenced to the maximum for attempted second-degree murder

SAFFORD – Jared Wayne Decker, 37, said he would have shot a detention officer had he achieved his goal of snagging his gun while at the Mt. Graham Regional Medical Center (MGRMC). On Wednesday, Greenlee County Superior Court Judge Monica L. Stauffer sentenced Decker to a maximum term of 20 years in prison for his actions.

Judge Stauffer addressed Decker in court and said she hoped he will use his time in prison to become drug-free and change his life. She said Decker had nobody else to blame his poor decisions on and that he needed to accept the consequences for his actions. According to his plea agreement, Judge Stauffer could have sentenced him to 15 to 20 years in prison and decided on the maximum.

Upon release from prison, Decker will also have seven years of probation.

Decker took a plea agreement May 10 and plead guilty to attempted second-degree murder and escape in the second degree. He also plead guilty on separate cases to possession of a dangerous drug, organized retail theft, trafficking in stolen property, and burglary in the third degree. He received a sentence of 2.5 years each on the drug, organized retail theft and burglary charges, but they will run concurrent to his 20-year sentence on attempted second-degree murder, so they will not add any additional time. His probation term will be served on the charges of trafficking in stolen property and escape.

According to a Safford Police report, on July 5, 2017, Decker was transported to the hospital due to a back injury that occurred when he fell off his bed while incarcerated. Decker later admitted the injury was a ruse and it was all part of his plan to take a detention officer’s weapon and shoot him before turning the gun on himself.

As the pair tussled over control of the gun, Decker allegedly yelled at the detention officer “Why don’t you just (expletive deleted) shoot me already?”

The detention officer then managed to punch Decker in the face multiple times and use the free end of the handcuffs to bring him down to the ground, where he then kicked Decker’s ankle several times. A male nurse responded to the detention officer’s shouts for help and the two managed to get Decker onto his stomach and secure him until the arrival of Safford officers.

Decker was already being held on two separate bonds; one for $1,000 relating to organized retail theft in which he altered the UPC sticker on a vacuum, and one for $l0,000 relating to an assault charge for striking his father, possession of a dangerous drug (methamphetamine) and possession of drug paraphernalia. Those two cases both happened in May. He previously posted a $5,000 bond in Justice of the Peace Precinct 2 regarding the drug and assault charges.

During sentencing, Graham County Attorney Chief Deputy Prosecutor L. Scott Bennett said it was miraculous that the court didn’t have to deal with a homicide and requested a “powerful message” be sent by Decker’s sentencing that any assault on law enforcement will not be tolerated.

“Law enforcement is a line between us and criminals,” Bennett said. “Those who serve and protect deserve our best efforts to, in turn, protect them.”

In a press release from the Graham County Attorney’s Office, Bennett expressed his appreciation for the police’s due diligence in working the case.

“Detective Josh McClain was an all-star in this investigation,” Bennett said. “He was able to get the facts and evidence while they were fresh and did an amazing job in putting this case together. The entire Safford Police Department is incredible, and we can only get these good sentences that protect our community because they do their job so well.”

Prior to Decker taking a plea, the deal was worked out through a settlement conference run by Graham County Superior Court Judge Michael D. Peterson with the defendant and his attorney, Dwane M. Cates, of Phoenix, and Bennett.

“If not for Judge Peterson conducting the settlement conference, I am not sure we would have been able to get this outcome,” Bennett said. “The case likely would have gone to trial at great cost to the tax payers, with many hours spent in the process. Our community is a lot safer because of Judge Peterson and Judge Stauffer.”