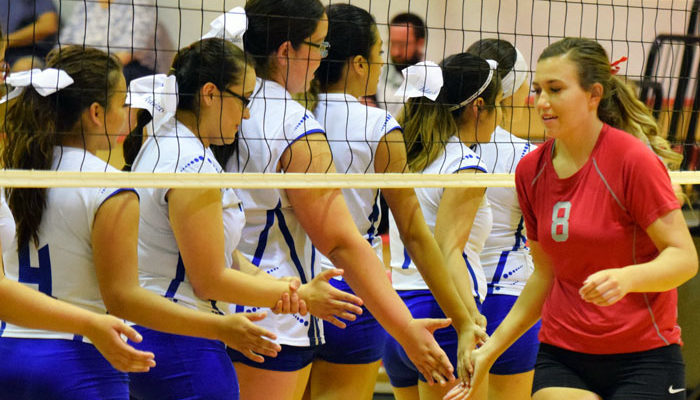 Duncan was at full strength and looked to be a different team against the Lobos than it was during the Morenci tourney 10 days earlier,

Duncan broke a 17-17 first set tie and doubled up on the Lobos 8-4 to post the 1-0 win. The Wildkats rebounded from a 0-2 deficit, tied at 2-2, and led 19-9 before the visitors reached double figures in set two. The teams each added six points to close out the set.

The Scarlet and Gray pulled away from a 9-9 set three tie, aided by 10 unforced Hayden errors to lead 19-10 before a Lobos’ kill added point 11 and an ace serve point 12. A Damron tip and Stergion kill extended the margin to 21-12, and three bad passes plus a long hit closed out the set and match in favor of the Wildkats.