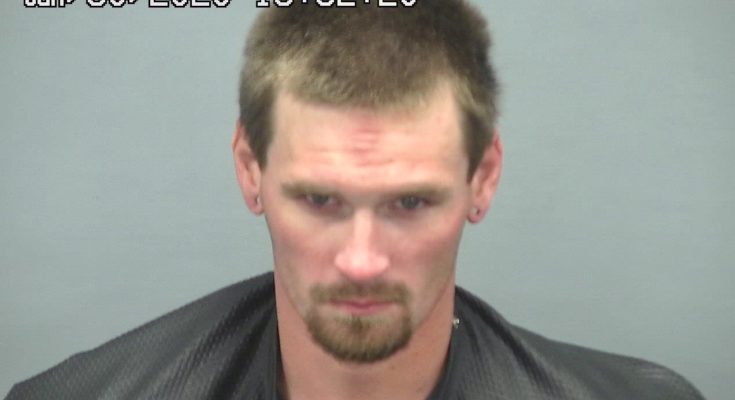 Contributed Photo/Courtesy GCSO: Troy Holliday, 29, was booked into jail after a housekeeper found more than an ounce of meth in his motel room during cleaning.

SAFFORD – A housekeeper made a surprising discovery when cleaning a room at the Quality Inn & Suites on June 30 when she found 1.34 ounces of methamphetamine inside a brown paper bag while cleaning a room.

According to motel staff, Holliday had originally rented the room for one night and then a person other than Holliday called the front desk that the next morning and checked out at about 5:08 a.m.

While cleaning the room, the housekeeper collected clothing and other miscellaneous items left in the room and took them to storage. During the cleaning, the housekeeper came upon a brown paper bag that contained two plastic bags of meth and a glass meth pipe.

A set of car keys was also with the items, and the officer attempted to locate the vehicle by pressing the key fob’s panic alarm. At that time, Holliday was seen attempting to get back into his room but could not because he had been checked out. The officer then contacted him and gave him a chance to come clean about the drugs.

Holliday allegedly told the officer that he purchased two ounces of meth in Tucson for $200 and that he brought what he had left to work with him in Safford. He said he is part of a carpool but that the other people in the carpool were unaware he was transporting the drug.

He also advised the meth was for his personal use only and that he smokes it about twice a day. Holliday also said he thought he had paid for two nights at the motel and that he had been the only one in the room, according to a Safford Police report.

Holliday was allowed to call his wife prior to be taken to jail and his work supervisor arrived at the scene and was informed of the situation as well. Holliday was then booked into the jail on his above-listed charges and was released a couple of days later.