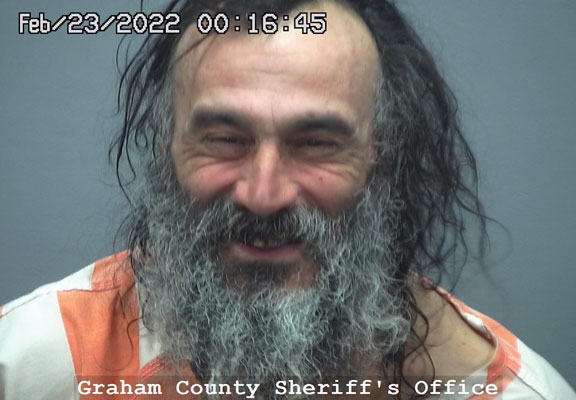 SAFFORD – Michael Pena, of Safford, was arrested and booked into the Graham County Adult Detention Facility on Tuesday evening after reportedly stealing a firearm and discharging it in the parking lot of the Auto Zone.

According to a news release from the Safford Police Department, officers were dispatched at about 8:45 p.m. to the Auto Zone at 1523 W. Thatcher Blvd. in Safford regarding a weapons offense.

According to the victim, a homeless person – later identified as Pena – opened the door to his vehicle and removed a firearm, and shot it. No injuries were reported regarding the incident.

Officers arrived shortly thereafter and took Pena into custody without further incident. He was then transported to the jail and booked on charges of aggravated assault, burglary, disorderly conduct involving a weapon, misconduct with a weapon, theft, and endangerment.