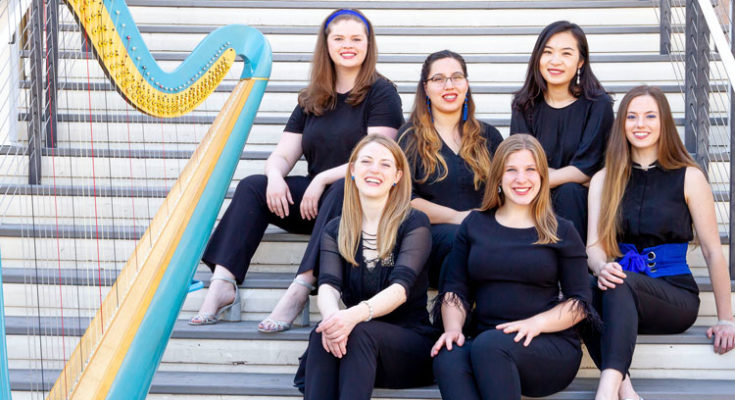 Contributed Photo: HarpFusion, an ensemble made up of students at the University of Arizona, will perform at the David M. Player Center for the Arts on Thursday, Nov. 21, to kick off the Gila Valley Arts Council’s performing arts season.

The Gila Valley Arts Council is very pleased to present HarpFusion, Thursday, Nov. 21, starting at 7 p.m. at the David M. Player Center for the Arts.

This will be HarpFusion’s third performance in GVAC’s performing arts series over the past 25 years and is one of the most requested artists to be invited back to the Gila Valley for another repeat performance.

Founded by Dr. Carrol McLaughlin in 1978, HarpFusion has become one of the most creative and exciting ensembles on the international concert scene. Named for its unique fusion of many different styles and cultures, this highly innovative harp ensemble has gained international respect for its inspiring performances in Russia, Czech Republic, Japan, Indonesia, Puerto Rico, China, Korea, Switzerland, Spain, and Brazil. HarpFusion is well-renowned for performing arrangements and original compositions by group members, who are all students of the University of Arizona. Ensemble repertoire includes classical, jazz, new age, and folk music, as well as collaborations with FluteFinity and interdisciplinary projects.

Harpfusion is fortunate to continue its success under the direction of Michelle Gott. Michelle is an award-winning and versatile harpist active in the United States and Canada. An experienced orchestral musician, Ms. Gott has subbed extensively with the National Arts Centre Orchestra, including their Canada 150 Tour to the Atlantic Provinces. She has also worked with the major orchestras of New York, Boston, St. Louis, Toronto, and Vancouver. She has been a featured soloist at the National Arts Centre and the National Art Gallery in Ottawa, as well as with the Newfoundland Symphony Orchestra and the Atlantic String Quartet. As the winner of the 2009 Juilliard Concerto Competition, she made her Lincoln Center debut at Alice Tully Hall performing Mozart’s Concerto for Flute and Harp. Ms. Gott has also performed for productions on Broadway, including The Producers and The Fantastiks and for artists such as Diana Krall and Olivia Newton-John.

An avid performer of contemporary music, Ms. Gott has worked closely with many composers including Andrew Staniland, Roddy Ellias, Virko Baley, Ursula Mamlok, Anthony Cheung, Nico Muhly, and David Fulmer. Notable performances include the 2018 premiere of Ellias’ Sleeping Rough, a modern-day opera combining classical, jazz and popular music as well as puppetry. She can also be heard on recordings of John Adams’ Scheherazade.2 with the St. Louis Symphony (February 2016), Walter Boudreau’s Concerto de l’asile with the National Arts Centre Orchestra (February 2018), and on Anthony Cheung’s Centripedalocity with the Talea Ensemble. Other projects include the premiere of Exit Eden for flute and harp, by Juno-nominated composer Andrew Staniland, commissioned and presented by the National Arts Centre Orchestra in July 2017, as well as the world premiere of Nico Muhly’s opera, Dark Sisters (2011) in New York City.

A winner of numerous national competitions in the U.S., Ms. Gott is also a recipient of Juilliard’s Peter Mennin Prize for Outstanding Leadership and Achievement in the Arts as well as the Richard F. French grant for her doctoral document research on the music of Canadian composer R. Murray Schafer. Originally from Las Vegas, Ms. Gott began harp studies at the age of four with her late mother, Caryn Wunderlich-Gott. She then went on to study with Nancy Allen at The Juilliard School where she completed three degrees (BM, MM, DMA). As an educator, she served as director of harp ensembles from 2013-2018 for the Ottawa Youth Orchestra Academy. She is currently on faculty at the University of Ottawa and, in the fall of 2018, also joins the University of Arizona (Tucson) as Assistant Professor of Harp.

This will be HarpFusion’s third performance in GVAC’s seasons over the past 25 years and one of the most requested artists to return to the Gila Valley.

Tickets are currently on sale at Richards Music, 428-2442, online at www.saffordcenterforthearts.com or at the door. Adult ticket prices this year are only $10 or $15 and are all reserved seating. Again this year are special prices for children and students at just $5.

The GVAC Fine Arts concert series is member supported. We graciously thank many of you, our individual donors who join as supporting members every year giving out of their personal pockets. Membership can range from as little as $25, but every dollar is spent on the cost of bringing the artists here to not only perform a concert, but they also spend an extra day or two working with our school children with music workshops and school performances.  This school residency and public performance project were made possible by funding received from the Arizona Commission on the Arts, WESTAF (The Western States Arts Federation), and the National Endowment for the Arts. GVAC is also very grateful for the support received from the United Way of Graham County, Freeport McMoRan Corporation, and the Arizona Community Foundation of the Gila Valley. Additionally a big thank you goes out to the Eastern Arizona Courier, MAJIK 100.7 KJIK-FM radio, KATO radio, Kat Kountry 94.5, Gila Valley News and the Gila Herald for promoting our events to the general public. 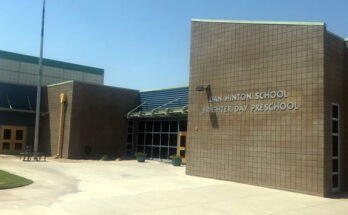 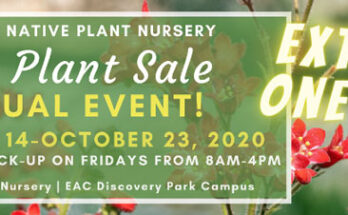 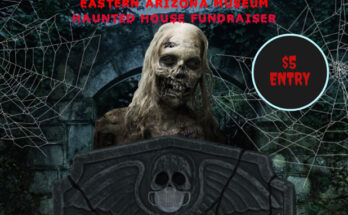