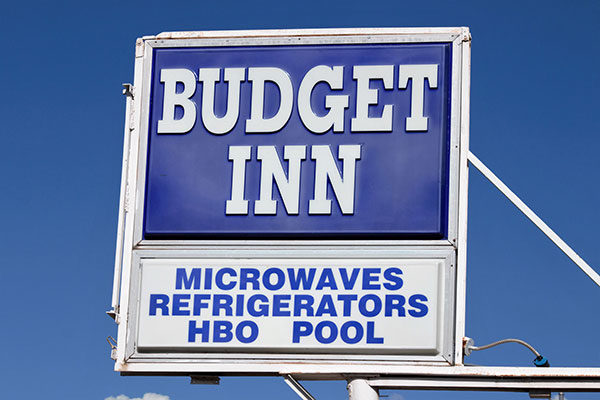 Jon Johnson File Photo/Gila Herald: A man was arrested and jailed after firing seven shots while in his room at the Budget Inn on Friday, Nov. 30.

SAFFORD – Law enforcement officers from the Safford and Thatcher police departments as well as the Graham County Sheriff’s Office diffused an incident that could have gone fatal after a man allegedly hallucinating fired seven rounds while inside a room at the Budget Inn on Saturday, Nov. 30.

Michael Benavidez, 51, was arrested and booked into the Graham County Adult Detention Facility on seven counts of disorderly conduct, endangerment, criminal damage, and possession of drug paraphernalia. Officers reported that Benavidez fired seven shots while in his room and did so because he thought men were after him.

Officers were dispatched to the motel at about 11:30 p.m. regarding the shooting and quickly learned the suspect was Benavidez. After not being able to convince Benavidez that they were officers or to get him to come out of his room, a Safford officer retrieved a ballistic shield and a 40-mm nonlethal weapon that shoots rubber bullets. However, after noticing a bullet hole in Benavidez’s door, the officers retreated until additional backup arrived.

Eventually, Benavidez was coaxed to meet with the officers outside and he was taken into custody. Inside the room officers located a 40-caliber handgun on the bed, two magazines, spent 40-caliber casings – including a hollow-point round – and a pipe with apparent residue. The firearm had a bullet in its chamber and seven more bullets in its magazine.

Officers were informed that Benavidez is diabetic and he might have been having some sort of related reaction. Benavidez allegedly advised that he had only had some fruit gummy candy to eat and he hadn’t been sleeping. Paramedics from Lifeline ambulance arrived and reported that Benavidez needed to be assessed at the hospital due to having high blood sugar. He was then transported to Mt. Graham Regional Medical Center, where he was medically cleared.

Benavidez allegedly admitted to firing the rounds and said he did so because he believed people were after him and were trying to break into his motel room. He was then taken to jail and booked on his above-listed charges.