SAFFORD – A woman who had already been warned for trespassing was arrested Monday, June 10, after allegedly returning to a residence and stealing a box of books.

Krista Grisham, 30, was arrested and booked into the Graham County Adult Detention Facility on charges of theft, disorderly conduct, and criminal trespass in the third degree.

According to a Safford Police report, an officer was dispatched at about 7:47 p.m. to a residence in the 800 block of W. 7th Street regarding an unwanted subject. Previously the same night, another officer had responded to the residence and informed the suspect, Grisham, not to return as she was not wanted there.

Upon arrival, the responding party informed the officer that Grisham had returned after the previous officers left and began to curse at her for calling the police. The victim said Grisham then took a box of books and left.

As the officer was speaking with the victim, he noticed Grisham walking eastbound on 7th Street while screaming and talking to herself.

When the officer approached and questioned why Grisham returned after being instructed not to, she allegedly claimed police harassment and began to scream at the officer and began to exhibit mood swings. She also allegedly admitted to stealing the books and said she took them because she was “an intellect.”

Grisham was then booked into the jail without further incident. 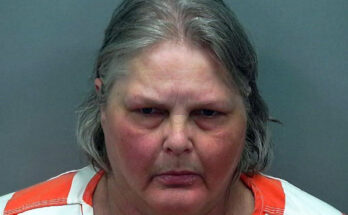 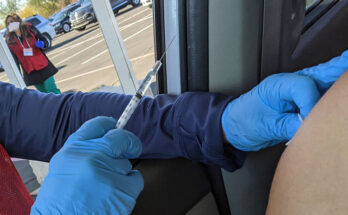