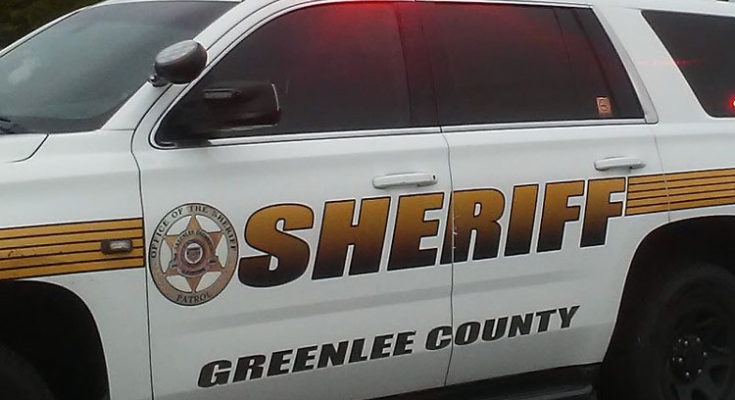 At that point, the Greenlee County Sheriff’s Office could have contacted either the Clifton Police Department, Arizona Department of Public Safety, or Graham County Sheriff’s Office to handle the investigation due to the conflict of having to investigate one of their own deputies. Perhaps no other agency was available to assist, but there is no record in the group of reports regarding the incident that mentions any outside law enforcement agency being contacted for that regard.

While en route to the residence, the Greenlee County Sheriff’s Office contacted the victim – a 25-year-old female – who had left the residence and traveled to a relative’s home in Clifton.

According to Sgt. Carrasco’s report, he had deputy Holguin and Clifton Police Department officer Reynolds meet with the victim in Clifton at her family member’s home. Holguin later filed a supplemental report informing of his contact with the victim in Clifton. His report states the victim had “red markings on the left and right sides of her neck and a red mark on the middle of her throat that appeared like a fingernail mark.” But there was no report from Reynolds in the cache obtained by the Gila Herald in its public records request.

The incident allegedly went down after a day of drinking alcohol at the river, according to the victim’s statements to police. The couple came home and began to argue during dinner. The argument escalated into throwing things and culminated with Montoya grabbing the victim by her neck and choking her for “approximately 10 seconds” while holding her over their kitchen countertop with her young child present, according to the victim.

Montoya allegedly told Sgt. Carrasco that the victim got mad during dinner because the Amazon “Alexa” stopped playing music and the victim started throwing things. He said he grabbed the victim by her neck and pushed her against the counter but only did so because she was “in his face”. He was adamant that while he had his hands around her neck, he did not choke her.

What is the importance of their statements regarding the choking? Impeding the airway bumps up a simple misdemeanor assault to a felony aggravated assault. Officers know this very well.

At the conclusion of the interaction at Montoya’s house, Montoya was arrested for assault/domestic violence and disorderly conduct/domestic violence and was given a citation and released. Sgt. Carrasco noted that Montoya’s department-issued firearms, computer, and keys to his patrol unit were taken and Montoya was placed on “investigatory suspension.” Montoya was reportedly given a one-month suspension that he could take one week at a time while working in between, and it is unknown if his incident has been reported to AZ POST – the Arizona Peace Officer Standards and Training Board.

The Greenlee County Sheriff’s Office concluded its investigation and, along with the arrest of Montoya, recommended charging the victim with disorderly conduct/domestic violence.