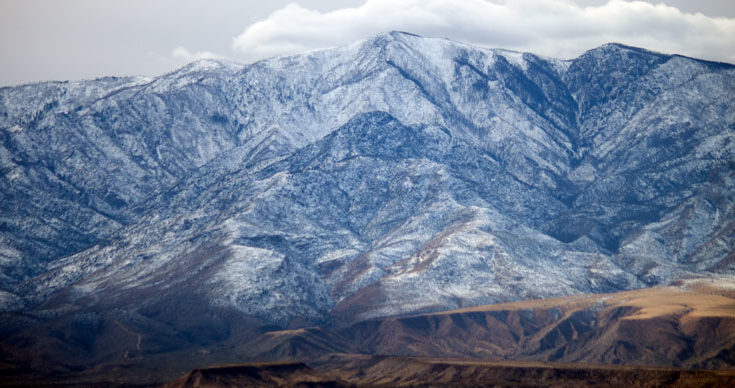 MOUNT GRAHAM – A daylong hike from Noon Creek to Frye Mesa didn’t quite pan out for a couple of outdoor enthusiasts and they had to be helped off Mount Graham by Graham County Search and Rescue on Saturday, Jan. 26.

According to Sheriff’s Office reports, Yolanda Yazzie and her friend, Christina Marble, set off to take on the hike at about 8 a.m. By 6:30 p.m., however, they were still roughly a mile short of meeting up with Yazzie’s boyfriend, Daniel Nabor, who had driven his truck up as far as he could on a rough road leading to Dead Man’s Canyon, but was still about a mile away from the hiking party.

Yazzie told County Dispatch that they could see Nabor, but they were not able to get over the last hill to get to him. Marble’s husband also responded to the area in a 4X4 truck and made it further up than Nabor but still couldn’t reach the hikers.

Deputies drove up as close as their vehicles could make it and requested assistance from SAR after plotting the hikers’ coordinates by using their cell phone’s. The SAR team was directed to take side by side utility vehicles on the east fork of the road and located Nabor a short time later.

At about 9:26 p.m., a SAR foot team made contact with the hikers and escorted them off the trail and down the mountain. By 10:50 p.m., all of the SAR personnel involved in the rescue and the formerly stranded hikers were back at the SAR squad building safe and sound.